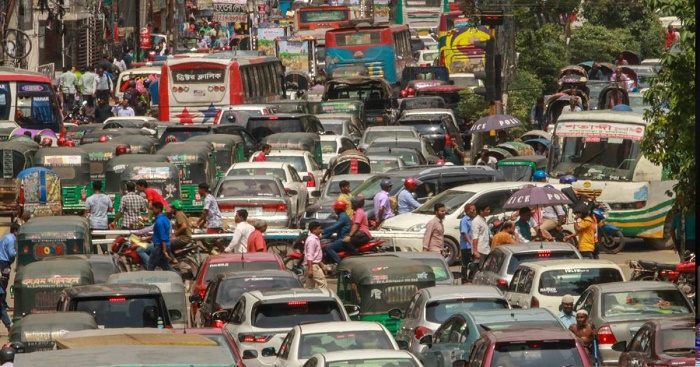 "The traffic management in Dhaka is now in a dire situation. Support from all stakeholders is needed to resolve the problem. Administrative decentralisation can be a way to reduce the traffic pressure in the city," he said.

The minister was addressing a seminar titled "The future planning of urban transportation in Dhaka" organised by Mukto Akash magazine at Krishibid Institution Bangladesh (KIB) auditorium in the capital.

He underscored the need for accomplishing administrative activities of all the districts locally, saying it will help ease the traffic situation in Dhaka to some extent.

Mannan also said there are weaknesses in the plan implementation. "We take loans different times [from donors] to implement projects when we have to look into their interest. That's a big problem.”

He said official activities in some developed countries are done from home. "If we can ensure online system and work from home, then the traffic pressure will be reduced."

Citing a study, Editor and Publisher of Mukto Akash Md Shamsul Alam said around 50 lakh work hours are wasted every year in traffic jam in Dhaka which costs the country Tk 37,000 crore economically.

"The traffic jam is very worrying issue here. Short and long term plans should be taken to address it,” he said.

Chairman of Urban Habitant Consultants Architect Tanvir Nawaz read out the keynote paper at the event.

"The population of the megacity (Rajuk/STP area) could double to over 4 crore by 2050. Around 2 crore people are now living in this area. So, a dire situation here will be created in future if we don't take proper plans now," he said.

Prof Zebun Nasreen Ahmed of Bangladesh University of Engineering and Technology (Buet) underscored the need for taking proper policy and creating awareness among people to settle the issue.