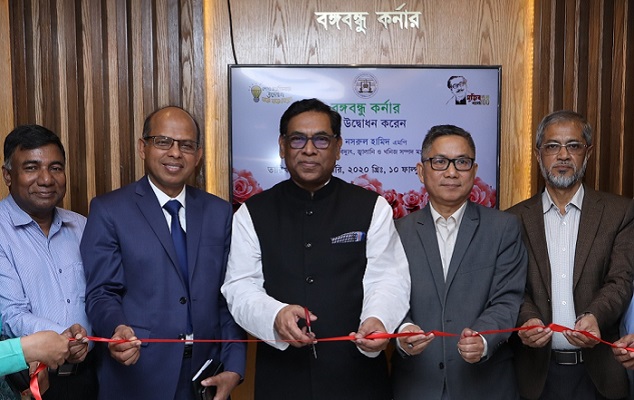 The Dhaka Power Distribution Company (DPDC) on Sunday opened ‘Bangabandhu Corner’ ahead of ‘Mujib Borsho’ that helps to better services to its’ consumers.

Nasrul Hamid said the DPDC can contribute a great role in the service year to provide best services to its’ customers using technology.

He called upon the DPDC officials to reach consumers doorsteps with services.

The DPDC block-chain will help to recharge the prepaid meters easily, he hoped.

The prepaid meters will help to reduce consumers’ harassment with saving money, he opined.

The government has so far installed 3.3 million prepaid meters against the requirement of 36.2 million, according to him.

He asked to the officials to gear up for installation of prepaid meters.