Mashrafe was named as the captain again 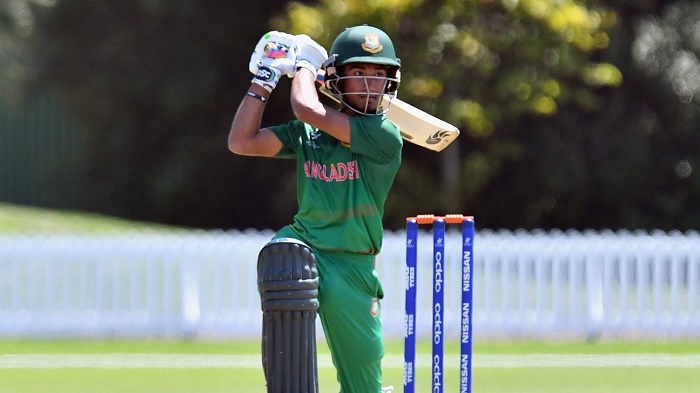 Afif Hossain and Mohammad Naim are the new faces in Bangladesh squad for the first and second ODI of three-match series against Zimbabwe starting from March 1 in Sylhet.

Bangladesh Cricket Board (BCB) on Sunday announced the squad where seven players from the previous ODI squad have been left out and five players have made a comeback with the new faces included.

The players who have been left out are- Sabbir Rahman, Farhad Reza, Mosaddek Hossain, Anamul Haque Bijoy, Rubel Hossain, Taskin Ahmed and Soumya Sarkar, and the players who came back to the squad are- Mashrafe Bin Mortaza, Mohammad Saifuddin, Najmul Hossain Shanto, Liton Das and Al Amin Hossain while the new faces are Afif Hossain and Mohammad Naim.

Both Afif and Naim played for the Tigers in T20 Internationals but they got their maiden call to the ODI side for the first time.

Mashrafe was named as the captain of the ODI team again. In the last ODI series in Sri Lanka, Bangladesh were led by Tamim Iqbal as the regular captain Mashrafe suffered a blow on his hand right before the tour.

“It’s great to have Mashrafe back as his experience and leadership are vital for our ODI cricket. Saifuddin is also a key to the team’s balance,” said Minhazul Abedin, chief selector of Bangladesh, told in an official statement.

Minhazul also said “We had to make certain adjustments in the last ODI series and a number of cricketers were unavailable due to various reasons but I’m happy now with a fit pool of players.”

“Shanto’s current form in international and domestic cricket gets him into the team while Naim and Afif are also part of our long term plan for the shorter version,” he added.

Al Amin Hossain, who was sent back home during the 2015 World Cup in Australia, made a comeback to the national ODI team after a gap of five years, while Saifuddin returned to the side after recovering from a back injury.

The ODI series will take place at Sylhet International Stadium on March 1, 3 and 6. The first two games of the series will kick off at 1pm while the last match will be played from 2pm.