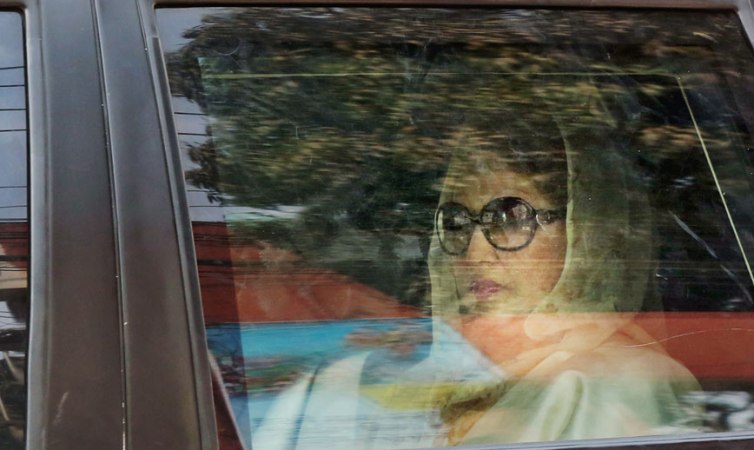 The High Court on Sunday afternoon started hearing on a petition filed by BNP Chairperson Khaleda Zia seeking bail in the Zia Charitable Trust corruption case in which she has been sentenced to seven years’ imprisonment.

The High Court bench of Justice Obaidul Hassan and Justice KM Zahirul Hoque has begun the hearing at 2pm.

Earlier in the morning, the same court set 2:00pm for hearing after the state counsels appealed for time.

Police presence has been increased at the entrance to the court with law enforcers checking the identity cards of everyone entering the court premises.

Earlier, on Tuesday, Khaleda’s counsel Khandaker Mahbub Hossain submitted the petition before the court which fixed February 23 for the hearing.

The same day, Khaleda Zia filed the bail petition with the High Court through her lawyer.

In the petition, Khaleda’s lawyers said she should be granted bail on health ground. Khaleda is not getting proper treatment at Bangabandhu Sheikh Mujib Medical University (BSMMU) and she wants to go to London for better treatment, the counsels added.

The Appellate Division of the Supreme Court, on December 12 last year, rejected bail petition of Khaleda Zia in the same case.

On August 8, 2011, the ACC filed the Zia Charitable Trust case with Tejgaon police against four people, including Khaleda Zia for raising and misappropriating fund of the trust illegally.

A special court in Dhaka jailed the BNP chief and three others for seven years in the corruption case on October 29, 2018.

Khaleda Zia has been serving jail sentence since February 8, 2018, after the lower court’s pronouncement of verdict in Zia orphanage trust graft case sentencing her to imprisonment for five years. Later, the High Court enhanced her jail term to 10 years in the case.