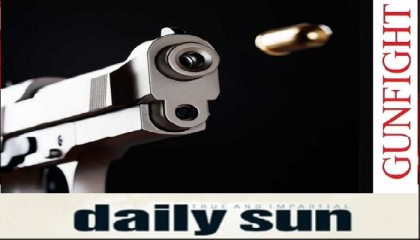 A suspected human trafficker was killed in a reported gunfight with police in Noakhalipara area at Baharchara union of Teknaf upazila in Cox’s Bazar on Sunday morning.

The deceased was identified as Abdus Salam, 30, son of late Hakim Ali, hailing from the area.

Pradip Kumar Das, officer-in-charge (OC) of Teknaf Police Station, said tipped off, that some human traffickers gathered in the area, a team of law enforces conducted a drive this morning.

Sensing presence of the elite force members, the human traffickers opened fire on police, forcing them to take action in self defence, he said.

After the gunfight, the law enforcers recovered the bullet-hit Abdus Salam. Later the injured was taken to Cox’s Bazar Sadar Hospital where duty doctor declared him dead, he added.