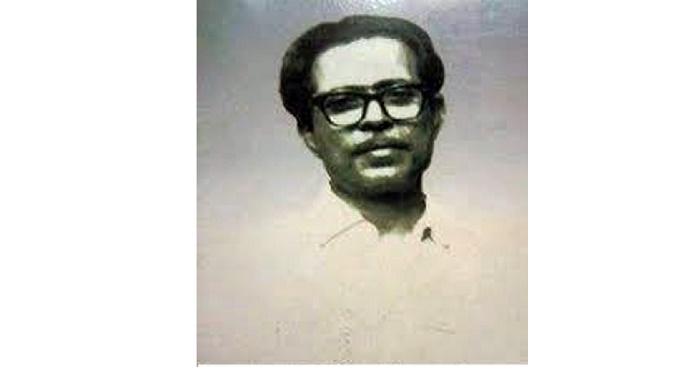 He was one of the Dhaka University (DU) students who joined the Great Language Movement in 1952 defying the section 144 to establish Bangla as one of the state languages of erstwhile Pakistan. He also hoisted the black flag for the first time on the DU campus.

Although almost seven decades have elapsed since then, Language Movement hero Mohammad Sultan is yet to get any national recognition. He was honoured locally but never awarded the coveted Ekushey Padak in the last 49 years since the country’s independence.

Born at Majhgram village of Boda upazila of Panchagarh district (then Dinajpur district) on December 24, 1926, Sultan was the fifth among children of police officer Shamsher Ali and his wife Gulzannessa. He passed away at Dhaka Medical College Hospital in 1983 at the age of 57.

He passed the entrance examination from Jessore Zilla School, received his graduation degree from Rajshahi College and completed his Master’s in political science from the DU in 1953.

Some of the roads in Dhanmondi area of the capital were named after the Language Movement heroes in 2007 to make sure that they are remembered every day. As part of it, Road-3 of the posh area was named after Mohammad Sultan.

But there is no initiative to recognise this language hero.

In 2013, Mohammad Sultan was honoured posthumously by the district administration. Then deputy commissioner Bonomali Bhowmik handed over the award to his two daughters -- Sushmita Sultana and Chandona Sultana.

Besides, Sultan Book Fair is being arranged every year in the district from 2012 following an initiative of the district administration.

Along with this, Boda-Mareya road has been named after the language hero but the announcement to install his mural is yet to be implemented.

If anybody wants to know about him, where they get the information as his name and contribution have not been mentioned also in any history book as well as textbook, questioned his family members.

He was also imprisoned by Pakistani rulers for publishing a book during the Language Movement. But his contribution remains out of the sight, he said.

The present generation has no information about his contribution as there is still no recognition from the state, Quamruzzaman said. “If the government takes an initiative to install mural or memorial in recognition of his contribution, this will be a matter of great pleasure for the family.”

Halima Akhter Sampa, a student of Majhgram village, said they have only heard about Sultan’s name but did not know anything about him although he is a pride of the district. “It would have been easier to know about him had there been anything about him in the textbook.”

Also the lifetime member of Bangla Academy and Vice-chairman of Bangladesh Book Publishers Committee, the Language Hero breathed his last at the DMCH on December 31, 1983.

He was buried by his wife’s grave at Jurain Graveyard in the capital. After his death, his students managed money for buying the land at the graveyard as there was no money of his own.