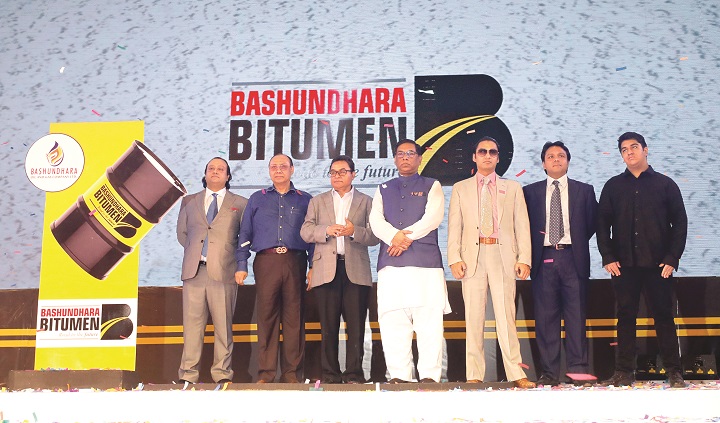 Bashundhara Group, the country’s leading business conglomerate, is going to create 3,00,000 new jobs in a single industry at Mirsarai in Chattogram to address unemployment problem in the country.

Responding to a request of Finance Minister AHM Mustafa Kamal, Bashundhara Group Chairman Ahmed Akbar Sobhan made the announcement at the launching ceremony of Bashundhara Bitumen Plant at Keraniganj on Saturday.

“I have a discussion with the finance minister about setting up of an industry where 3,00,000 jobs will be created. I’ve assured him that he will inaugurate the industry,” the Bashundhara Group Chairman said.

Bashundhara Group not only works for its own progress but also for the betterment of the country’s people, he said, adding that the group has 30 industries and two large housing projects.

Addressing the event as the chief guest earlier, Finance Minister AHM Mustafa Kamal said he proposed to the Bashundhara Group Chairman for setting up of a large industry at Mirsarai and Ahmed Akbar Sobhan made the consent.

The announcement comes at a time when the nation is preparing to celebrate the birth centenary of the Father of the nation Bangabandhu Sheikh Mujibur Rahman next month.

“Millions of people sacrificed their lives for the liberty and I think their sacrifice has not gone in vain as Bangladesh is now a familiar name in the world,” Kamal said, adding that the private sector has played a key role in advancing the country.

Recalling the contribution of Bangabandhu, he said the Father of the Nation wanted to give economic emancipation of people.

The country has a huge challenge to create employment, cut poverty and help the marginalised people aligned with the Bangabandhu’s commitment, he said.

Now her daughter Prime Minister Sheikh Hasina is trying heart and soul to fulfil that commitment and giving opportunity businessmen and industrialists for investment, he added.

“The key person behind all of our country’s success is Bangabandhu. Had he been alive, the country would have made progress even 25 years ago,” Ahmed Akbar Sobhan said.

“Even though once upon a time Bangladesh had been tagged as a bottomless basket, the whole world is now looking at Bangladesh,” he added.

“The Prime Minister always encourages us. Bangladeshis are returning home from abroad because a congenial business atmosphere prevails in the country,” he pointed out.

In particular, the country’s leading businessman thanked Prime Minister Sheikh Hasina for being able to stop violent politics and ensure a political calm in the country which is conducive to business.

Bashundhara Bitumen industry is the country’s first-ever bitumen producing plant in the private sector which will be able to cater to local needs as well as exports.

“Even the PM regretted that when our roads will be like those in abroad,” he said, adding that roads get damaged after inundation due to wrong graded bitumen.

He noted that Bangabandhu’s Sonar Bangla (Golden Bengal) is a philosophy where there will be no deprivation and people find new life.

In response to a demand for withdrawing tolls on Postogola bridge in the capital, Kamal said he would discuss it with the PM and try to automate the toll system or withdraw it to cut traffic gridlock on the bridge.

State Minister for Power and Energy Nasrul Hamid, at the inaugural function of the country’s first-ever private sector Bashundhara Bitumen Plant, said the country is progressing fast with the contribution of public private partnership.

He called upon the Bashundhara Group to invest in higher education at Keraniganj.

The state minister said the country’s leading business conglomerate contribute a lot for manpower generation in the country.

“Now, the talented local people return to the country as they are getting their required jobs here…Bashundhara Group has contributed a lot to creation of employment in the country,” he said.