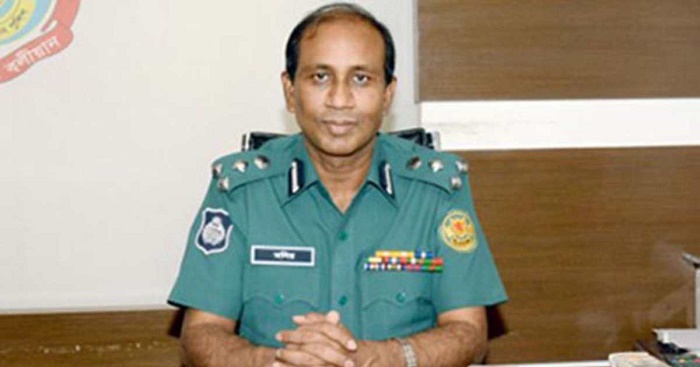 Chief of the Counter Terrorism and Transnational Crime (CTTC) Unit of Dhaka Metropolitan Police (DMP) Md Monirul Islam has urged both the print and electronic media to run reports with caution to help tackle militancy and terrorism.

“The main aim of terrorists is to create panic and draw people’s attention. They try to carry out any attack to get highest media coverage. So, the media's cooperation in rooting out terrorism is very urgent,” he said.

Monirul, also a DMP additional commissioner, was speaking at a views-exchange meeting on 'Role of media in preventing extremism’ at the Jatiya Press Club on Saturday.

Citing the series bombings carried out in 63 districts across the country in 2005, he said militants’ aim was to inform people about their presence.

The CTTC unit chief also said militants think they need the help of media for several reasons like admitting their responsibility for any incident, informing people about their existence, creating panic, intimidating them and sending out their messages. “They’re justifying the reason behind any attack through the media. Through the campaign, they’re sending out their messages to their supporters and recruiting potential supporters. They choose the symbolic and iconic targets. In this case they also use women.”

He said terrorists go against the media if they do not get what they want. “In this case, they also target the newsmen.”

Referring to the Global Terrorism Index (GTI), the CTTC chief said the threat of extremism is gradually decreasing in Bangladesh as the country has improved six notches and its current position is 31st from previous 25th.

“This has been possible with everybody’s efforts. Bangalees don’t believe in extremism. Besides, the role of media and efficiency of the administration have played a significant role in this regard.”

The GTI is a report published annually by the Institute for Economics and Peace (IEP). The index provides a comprehensive overview of key global trends and patterns of terrorism since 2000.

It means Bangladesh is steadily improving its capacity in combating terrorism.

Overall, Bangladesh's progress is the highest among South Asian countries.

Six of the seven South Asian countries improved in 2019 the GTI with Bangladesh achieving the largest improvement followed by Sri Lanka, Pakistan, Nepal, India and Bhutan.

The Center for Social Advocacy and Research Foundation (CISARF) organised the programme. Its chief Shabnam Azim conducted the event.