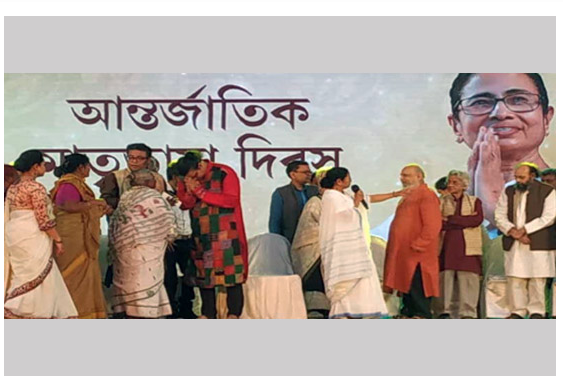 The Shahid Dibash and International Mother Language Day was observed through various programmes with due respect and in a befitting manner throughout the West Bengal state of India.

Different political and social organizations and educational institutions observed the day through singing Ekushey songs, reciting poems, holding discussions and colouring the roads with graffiti throughout the state, including its capital Kolkata.

Chief Minister of the West Bengal Mamata Banerjee paid rich tributes to the martyrs of the Language Movement by placing wreaths at the Language Memorial at Deshapriyo Park here at the evening of February 21.

Later, a Shaheed Minar was inaugurated on the university premises.