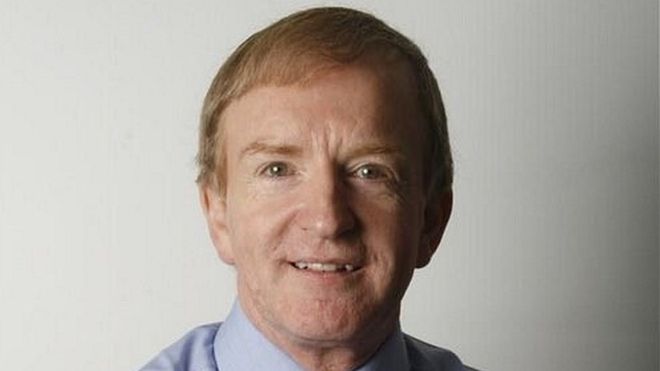 BBC broadcaster and former teacher Simon Warr has died from cancer at 65.

He often appeared on BBC Radio Suffolk and was the headmaster on Channel 4's reality documentary That'll Teach 'Em.

On Thursday the broadcaster announced on Twitter he had a "very serious health condition" and was in a hospice.

Warr, who was wrongly accused of historical child abuse in 2012, said he hoped his legacy would be raising "awareness of the human costs" of false allegations and wrongful convictions.

Former pupils made allegations against Warr but he was cleared of all charges in 2014.

An announcement on Twitter said Warr died from pancreatic and liver cancer while surrounded by his family.

Two days before his death, he wrote that he was "unlikely to be on Twitter again" as he was receiving care in a hospice.

Speaking after a jury acquitted him in 2014, Warr said the false allegations had led him to lose his job, friends and home.

In what he said would be his final tweets, he said it was a "comfort" to know his book Presumed Guilty had been "useful for so many".

"There is still much work to do, but I'll not be able to be part of it," he said.

"He was always keen to share his opinions, his forthright views and above all else to entertain," Hazell said.

Editor of BBC Radio Suffolk Peter Cook said: "Simon was a unique talent with a real passion for all that we do.

"He had the ability to light up a room when he came in, he had a terrific sense of humour and I know that many of us looked forward to seeing him, often on a Friday, to prepare for his Saturday football reporting.

"We will all miss him greatly."