Harry and Meghan to end use of 'SussexRoyal' brand 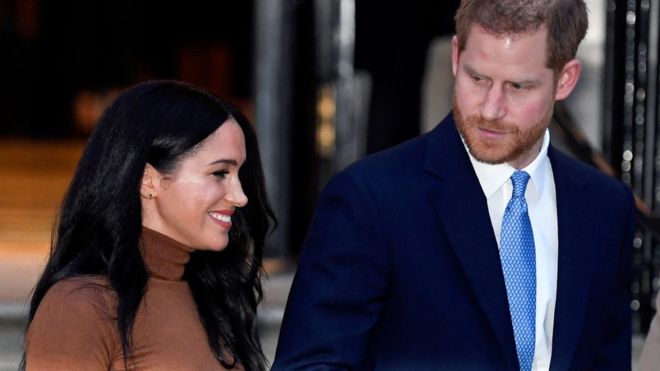 The Duke and Duchess of Sussex are to stop using their "SussexRoyal" brand from spring 2020.

The couple had been in discussions with aides and senior royals about using the name following their decision this year to step back from royal duties.

But a spokesperson for the couple said it was agreed the word "royal" could not be used due to government rules.

Applications to trademark the SussexRoyal brand have also been withdrawn.

A spokesperson for the Sussexes said they were "focused" on plans to establish their new organisation in the spring.

But they had agreed not to name it the Sussex Royal Foundation.

Royal author Robert Hardman told BBC Radio 4's Today programme the decision on the brand name was a "setback" for the couple.

"They've spent a great deal of money registering the trademarks," he said.

However, branding expert Rita Clifton told the programme the inability to use SussexRoyal would be an "inconvenience" rather than an insurmountable problem.

She said any brand "is not just a name and a logo but also what you do".