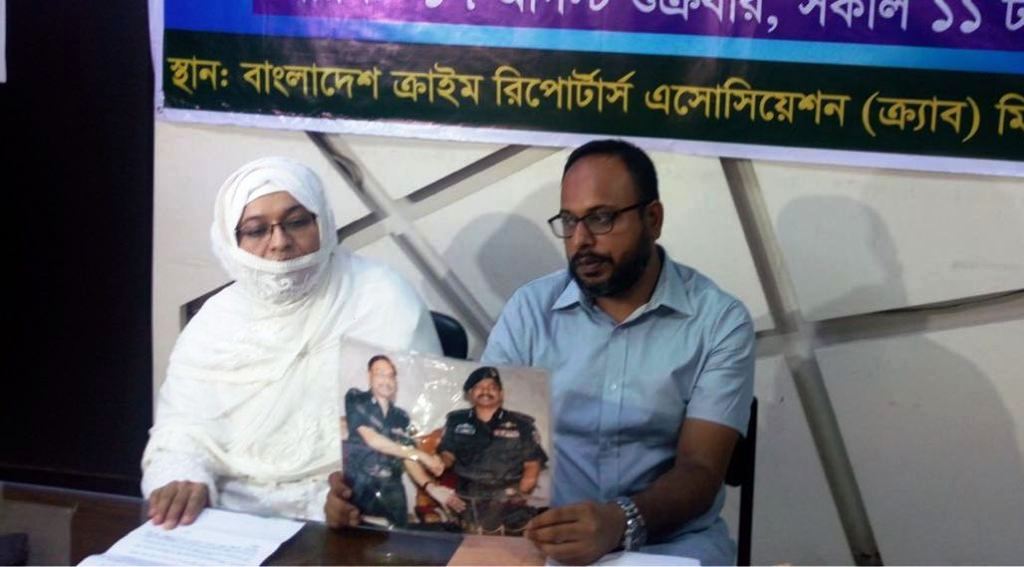 Lt Col Hasinur Rahman, who was sacked from the Rapid Action Battalion (RAB) as a commanding officer, returned home last night— over 16 months after he went missing.

She informed that her husband returned to their home last night around midnight.

“We took him to our flat when the security guard of our building conveyed us about his return,” Shamima said.

Hasinur could not disclose anything about his whereabouts during the time that he had been missing, said Shamima.

Mentionable, Hasinur was sacked for his alleged links to militancy and was reportedly picked up by 14 to 15 men in plainclothes around 10:30pm on August 8, 2018, when he was on his way home after meeting his friends.

However, family members denied allegations of Hasinur’s connection with militants, saying he was an honest and patriotic officer who became a victim of conspiracy.