Ahead of hanging, Delhi rape convicts asked about ‘last meeting’ with family 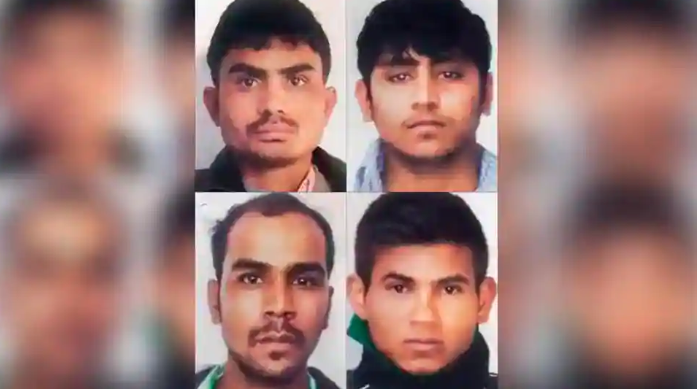 Officials of Tihar Jail in Delhi have written to all the four death row convicts in the December 2012 gang-rape and murder case about their last meeting with families ahead of their March 3 hanging, news agency ANI reported on Saturday.

A Delhi court had issued fresh warrants on February 17, for the third time, to hang Vinay Sharma, Mukesh Singh, Pawan Gupta and Akshay Thakur till death on March 3 at 6am.

They were sentenced to death by a Delhi court in 2013 after they were found guilty of brutally raping and murdering a 23-year-old paramedic student on a moving bus on December 16, 2012. Their hanging, as ordered by a city court, has been deferred twice.

“Mukesh and Pawan were told that they had already met their families before February 1 death warrant. Akshay and Vinay have now been asked when they want to meet them,” a jail official as quoted as saying by ANI.

One of the convicts, Vinay Sharma, has filed a plea seeking treatment at the Institute of Human Behaviour & Allied Sciences (IHBAS). His counsel, AP Singh, told a Delhi court that his client suffers from mental illness, schizophrenia and has failed to recognise his counsel and family.

Additional sessions judge Dharmendra Rana sought a status report from the prison authorities and posted the matter for further hearing on February 22.

In his plea, Sharma has sought directions to authorities to provide him with high-level medical treatment to him for his injuries.

The plea said that when his counsel came to meet Sharma in jail, he found that Sharma had a grievous head injury, fracture in his right arm with plaster, and was suffering from insanity, mental illness and schizophrenia.

The application contended that the convict was also found to have “decreased sleep” since a long time and was prescribed medicine by a senior psychiatrist in view of drug dependence.

It said that based on medical records, it was contended that Sharma has been on psychiatric medication and was diagnosed with adjustment disorder.

Jail officers, when contacted, however, said that Sharma appears to be perfectly normal and in sound mental health.

Vinay Sharma had also attempted to hurt himself by banging his head against a wall in his cell on February 16 and received minor injuries, a Tihar Jail official had said.

The four men were among six people, including a juvenile, who had brutally raped and assaulted the 23-year-old paramedical student in a moving bus on the night of December 16, 2012. The woman had died at a Singapore hospital a few days later.

One of the five adults accused, Ram Singh, had allegedly committed suicide in the Tihar Jail during the trial of the case.

The juvenile, who was said to be the most brutal of the attackers, was put in a correctional home for three years.

He was released in 2015 and sent to an undisclosed location amid concerns over a threat to his life.