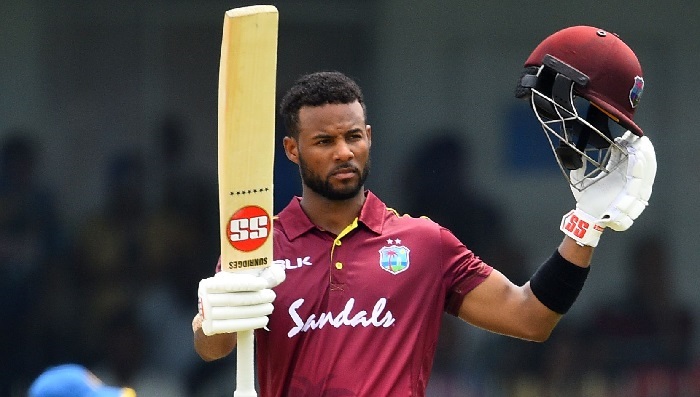 Opening batsman Shai Hope hit his first one-day international century against Sri Lanka as the West Indies posted 289 for seven in the opening match on Saturday.

Hope lost his opening partner early and was involved in the run out of Darren Bravo but laid the foundation for West Indies' competitive total after being put into bat first at Colombo's Singhalese Sports Club.

Hope, a wicketkeeper-batsman who successfully reviewed an lbw call on the second ball of the innings, completed his ninth ODI hundred and made 115 with the help of 10 fours at the start of the three-match series.

Paceman Thisara Perera struck first to clean up Sunil Ambris for three on a delivery that nipped back into the right-hand batsman and crashed onto the middle stump.

The innings witnessed a 77-run second-wicket stand before a mix up between the two batsman cut short Bravo's aggressive stay at the wicket after being run out at the bowler's end for 39.

But Hope found another good partner in Roston Chase, who made 41 before being bowled by Nuwan Pradeep, as the duo put on 85 runs to push Sri Lanka on the backfoot.

Udana struck twice including the wicket of skipper Kieron Pollard for nine to make the West Indies middle-order falter.

Hope reached his hundred to loud cheers from a sporting Sri Lankan crowd but soon fell to Udana.