Trump will raise religious freedom with PM Modi during India visit: US official 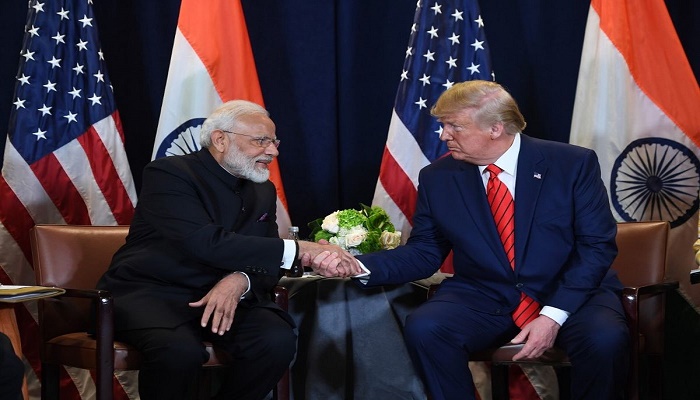 As the first ever visit of US President Donald Trump to India is round the corner, he will raise the issue of religious freedom with Prime Minister Narendra Modi during his trip,  the White House said on Friday, noting that the US has great respect for India’s democratic traditions and institutions, reports The Statesman.

“President Trump will talk about our shared tradition of democracy and religious freedom both in his public remarks and then certainly in private,” a senior official told reporters in a conference call.

The official was responding to a question on whether the President was planning to speak to PM Modi on the Citizenship (Amendment) Act (CAA) or the National Register of Citizens (NRC).

Pointing out that India has a strong democratic foundation, the official said India is a country rich in religious, linguistic, and cultural diversity. “In fact, it’s the birthplace of four major world religions,” the official said.

“President Trump along with his wife and First Lady Melania Trump will be on a two-day visit in India on February 24 and 25 at the invitation of Prime Minister Narendra Modi.”

It will be his fifth meeting with PM Modi in eight months. There are three legs to the US President’s visit with his first stop at Ahmedabad, followed by Agra and finally Delhi.

The Ministry of External Affairs on Thursday said the ‘Namaste Trump’ event scheduled to be held in Ahmedabad for the American President next week will be similar to the ‘Howdy, Modi!’ event held in Houston of US last September.