Taj Mahal to remain closed for tourists during Trump’s visit 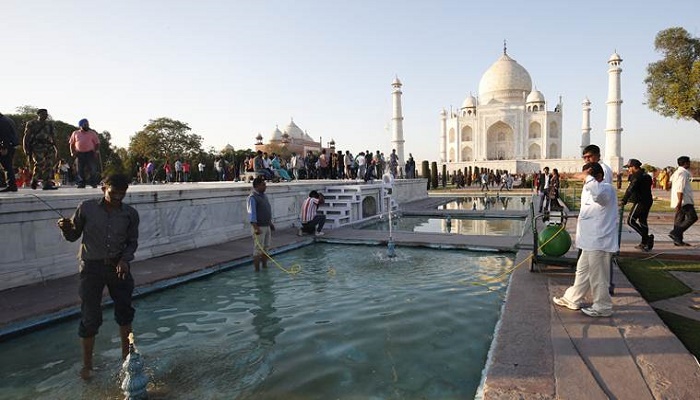 As part of security measures, the Taj Mahal will be closed for tourists from 12 pm onwards ahead of US President Donald Trump’s scheduled visit to the monument on Monday, reports The Indian Express.

According to officials, Trump is scheduled to visit Agra after 4 pm on the day during which he will visit the Taj and attend a cultural function.

“Due to security reasons, the monument shall remain closed from afternoon for public visits… As per routine, the cleaning of the premises is taking place and other measures have been taken ahead of the visit,” said Vasant Kumar Swarnkar, ASI superintendent.

In addition, petrol pumps that fall on Trump’s route have been asked to dispose off the fuel in stock before his arrival. “Keeping in mind security reasons, restrictions have been put on loading and unloading fuel at the petrol pumps. Whatever fuel is present, the petrol pumps must dispose or sell them off within the next two days. There are three petrol pumps in the particular proposed route,” said an official.

According to sources, a battery-powered bus is being prepared to ferry the Trumps inside the premises of the Taj.

The Taj Trapezium Authority (TTA) has banned petrol and diesel powered vehicles within a radius of 500 metres of the monument.The administration is also restricting vehicles owned by locals and residents, living within 500 metres of the Taj.