Bangla Is Not a Smart Language! 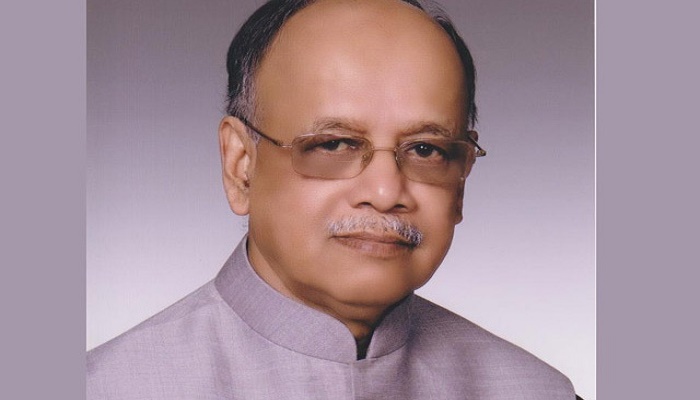 Bangla language enjoys a unique distinction for being the only language in the world for which people sacrificed their lives only to be recognized as a state language of a country - Pakistan. The demand for declaring Bangla as the state language began in 1948 when Pakistan’s Founder and First Governor General Muhammad Ali Jinnah made his only ever trip to Dhaka and declared in English that Urdu shall be the only state language of Pakistan. Jinnah did not speak, write or read Urdu and neither did he know anything about being a Muslim but he was the one who, along with his half baked self-seeking political colleagues, thought that only a separate country for Muslims would solve the accumulated historical problems of the Muslims. Once, Jinnah went to visit Delhi’s historic Jam-e Mosque with Congress President Maulana Abul Kalam Azad.  Maulana Azad asked Jinnah to remove his shoes before he entered the mosque. Jinnah was surprised as he never entered a mosque and had no idea about the traditional ritual of the Muslims or anything of Islam. By declaring Urdu to be the only state language of Pakistan, Jinnah only wanted to protect the interest of 6 per cent population of the then Pakistan, most of who migrated to Pakistan from Bihar and Uttar Pradesh after Partition. Jinnah strangely thought Urdu was the language of Muslims not realizing that languages do not have religion.

Jinnah’s declaration was strongly protested by the students of Dhaka University culminating in a movement, commonly known as language movement which took a decisive turn in the month of February 1952. On 21 and 22 February 1952 police fired on the demonstrating students and the common people who were out on the street demanding that Bangla be officially declared the state language of Pakistan.  Number of students and common people were killed in this unprovoked police firing.

In 1956 Bangla was given the status of one of the two state languages of   Pakistan, the other one being Urdu. However the 1956 Constitution never got implemented and was abrogated in 1958 by Iskandar Mirza.

The language movement is seen as the beginning of a long struggle to establish a nation state of Bangla speaking people and finally the Liberation War of 1971 and the emergence of an independent country - Bangladesh. Today Bangla is the seventh largest spoken language in the world, spoken approximately by 265 million (228 million and 5th in terms of language of native speakers) people in Bangladesh, India and elsewhere whereas Urdu even after seventy odd years is spoken by only 170 million people, occupying the eleventh position in the index of languages published recently by ‘Ethnologue’ – a US based non-profit organization. 21 February, the language day has been recognized by the UNESCO as the International Mother Language Day.

Four and a half decades later after the emergence of Bangladesh when one looks back the overall status of Bangla is not very encouraging. Bangla, the language for which the sons of this soil sacrificed their lives still is considered a un-smart language by most of our present generation and in Assam where 15 people were killed on 19 May 1961 by the Assamese police in the Barak Valley as the State government of Assam took a decision to make Assamese the only official language of the state even though majority of the people were Bangla speaking. That movement did not succeed in achieving its goal and today approximately 1.9 million people are stateless in Assam because their first language is Bangla.

In Bangladesh, the land of Bangla, the state language has always been neglected in our daily life and in education institutions, including the Madrasas. Immediately after Bangabandhu formed government in 1972, a decision was taken to introduce Bangla as a medium of instruction in education institutions as it is done in all countries of the world. The teaching of English language and literature was not forbidden but had to be amalgamated into the system. In countries where English is the first language, a student (not in the beginning) has to take a second language and in most cases it would be French. These days the second language also includes either Chinese, Arabic, Korean, Japanese or German etc. In Bangladesh the status Bangla unfortunately continues to be undermined by different quarters and what is more unfortunate is that learning, speaking and writing in English is considered preconditions for being smart. It is not the knowledge, one’s personality, and intellect which define a person’s smartness. It is rather the hairstyle, the style of dress, language spoken or the cell phone one carries has become the determinant of smartness. Anyone who can speak or write English, in many cases wrongly, is considered a smart person than someone who can speak or write Bangla correctly. The saddest part is that most of the parents erroneously think that sending their children to a so called ‘English Medium’ school will make them smarter and intellectually superior. The assumption may be totally wrong. A person who knows good Bangla also is equally good in English. We need more intellectually mature people than half-baked semi ignorant ‘smart’ people.

Personally I studied in a school which was established back in 1853 by Jesuit priests and most of our teachers were foreigners, except the Bangla teacher. The school had two streams of education, one English Medium under the local Education Board and the other one Senior Cambridge under Cambridge University. Choice from amongst the two streams would be decided after the eighth grade. Till class eight the syllabus would be uniform and the textbooks were also available in both Bangla and English. Bangla language and literature for Bangla speaking students were compulsory. We had a sizeable number of students whose mother language was Urdu and they had the option of studying Urdu language. The school also had few foreigners whose parents worked in the railways, Chittagong Port, Tea Gardens or in Burmah Oil Company (BOC) and few other British managing agent firms. They were given the option to take French language course. In class six we were first introduced to Rabindranath. ‘Gitanjali’ was made a compulsory text and our Canadian math’s teacher took upon himself the responsibility to teach us Tagore song with his strange Canadian accent! But that did not discourage him to love Tagore.

Today all these may seem like fairy tales to the present generation students and parents alike. By any standard education was much more meaningful, met the standard, left enough time for young children to play outdoor games and read for pleasure. The young learners had a complete view of the world.

Personally I have been in the teaching profession since 1973. I am a witness as to how fast the standard of education has declined over the years. In many of the so called English Medium schools talking in Bangla is considered inappropriate. The teachers think if the students talk in Bangla, they will not learn English. In reality the English most of the students use is commonly known as ‘digital’ English i.e., the language one uses in sending text messages using their smart phone. Use of smart phones decides one’s level of smartness as mentioned! In a very expensive school in this very Dhaka city carrying a smart phone by a eighth grader has been made compulsory by the school authorities. These smart students may know where is Sydney harbour but don’t be surprised if they are not aware of the location of our Shahid Minar or National Museum.

The plight of the Bangla medium students are no better and this happens because most of the teachers who teaches in primary level are as ignorant as their students, exceptions considered.  It is now evident that our entire education system, especially at the primary and secondary level along with the Madrasa education should be completely restructured, reorganized and reformed.

Every primary school teacher irrespective of their medium of school should have at least one year professional training before they enter the profession and they should also be adequately remunerated. In most Scandinavian countries which are known to have the best primary education system, the primary school teachers are the highest paid remunerative professionals and primary education is nationalized. Policy making decisions that effects education should be left to educationists and not to bureaucrats. It is not their job.

Couple of years back, Bangladesh University Grants Commission took a decision in its Full Commission that every department of every university should have two compulsory courses - Bangla and the History of Emergence of Bangladesh (not as a substitute of Bangladesh Studies). This was the desire of the Prime Minister and prominent educationists of the country. Accordingly the information was notified to all the universities, both public and private. But unfortunately the decision was not taken in good earnest by most of the universities. One private university even audaciously wrote to the UGC that as they are a technical university why should they teach these two subjects?

In most cases some universities quite often defies the directives of the UGC, the apex regulatory body of higher education and the Ministry of Education. In no other country the language and history of its very own people and country are so much neglected as it happens in Bangladesh. This is a collective failure of the government, the Education Ministry, the UGC and the authorities of education institutions at all levels. It is high time that Bangla along with the history of the country are given the importance they deserve, failing which the system will just produce illiterate ‘learners.’

The writer is an analysis and a researcher.