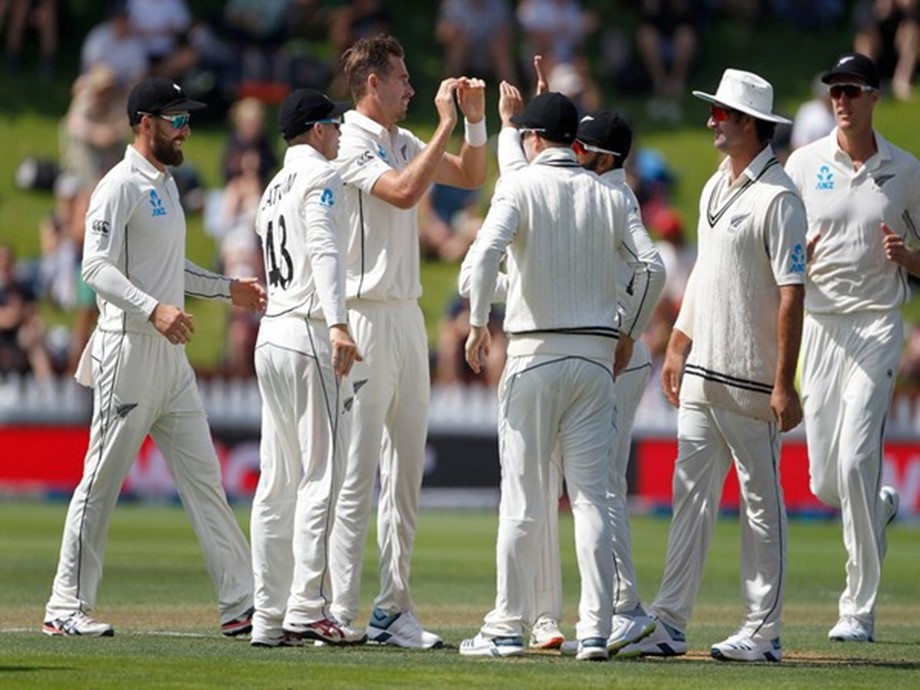 New Zealand were 17 without loss at lunch on day two of the first Test against India as Tom Latham and Tom Blundell made a safe start in reply to the tourists' 165 in Wellington on Saturday.

Latham was 11 with Blundell on six after batting through eight overs.

India have also lost their first review after Jasprit Bumrah's shout for a leg-before dismissal of Blundell was turned down.

Hotspot confirmed there was a clear inside edge.

India resumed the day at 122 for five and their first innings only lasted another 13.1 overs and 32 runs as veteran Tim Southee and debutant Kyle Jamieson worked the remaining five wickets.

Jamieson finished with figures of four for 39 while Southee took four for 49.

The India tail was exposed with back-to-back wickets in the fourth over of the morning.

First to fall was Rishabh Pant who was run out for 19 by a 20-metre pinpoint throw from Ajaz Patel fielding side-on to the stumps.

Ravi Ashwin went to the middle and was bowled first ball by Southee with a delivery that swung away late and clattered into the off-stump.

Rahane progressed to 46 before his stubborn innings was ended by a Southee delivery that caught the edge of the bat and gave BJ Watling his third catch behind the stumps.

Jamieson accounted for Ishant Sharma who was also caught behind for five and Southee wrapped up the innings when he had Mohammed Shami caught for 21.