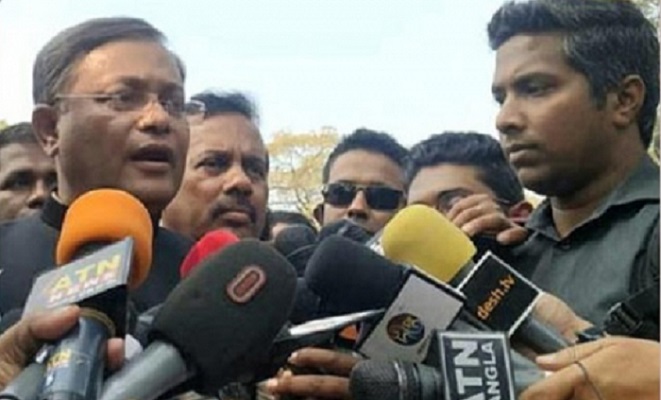 “BNP has failed to deliver politics for the interest of common people,” he told journalists after paying wreaths at the Central Shaheed Minar on behalf of the party in the morning marking the ‘Shaheed Dibash’ and International Mother Language Day.

When asked about BNP Secretary General Mirza Fakhrul Islam Alamgir’s allegation that the government had established a one-party rule, he said, “Mr Alamgir always talks like this.”

“BNP (actually) has failed to deliver politics for the betterment of common people, they only talks about the release of their chairperson,” the information minister said.

The information minister said, “We have witnessed BNP’s movement over the last 11 years where they had no programme for the people’s demand. But legal aspect is the mere way for release of Begum Zia.”

The question is that whether Begum Zia bears the spirit of Bangla language or not as she had failed in Bangla but passed in Urdu subject in her matriculation examination.

The information minister said, “Our commitment today is to make the country ‘Sonar Bangla’ as dreamt by Father of the Nation Bangabandhu Sheikh Mujibur Rahman.”

He said the government’s aim is to get registration Bangla as the official language of the United Nations (UN).