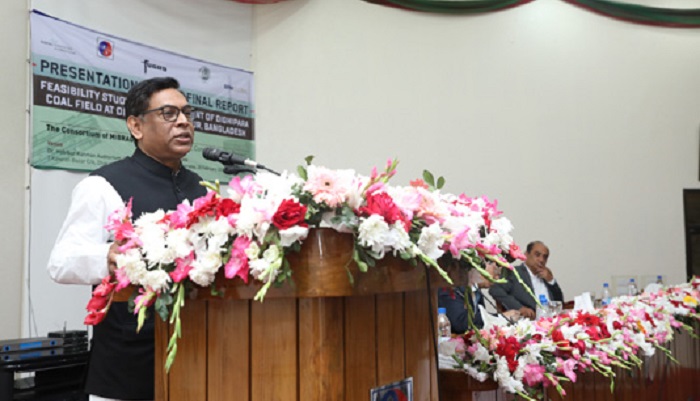 State Minister for Power, Energy and Mineral Resources Nasrul Hamid on Friday called the authorities concerned for ensuring energy security in the country for the next generation.

Nasrul Hamid made this call while addressing a programme over the draft proposal of the potential development of Dighipara coal mine as the chief guest at Petrobangla in the capital.

“The actions taken under mega-plan must be implemented quickly in a coordinated manner… Worldwide energy transition and its multi dimensional use are visible now. Energy security in the country for the next generation should be ensured through far-sighted and pragmatic measures of the authorities concerned,” he said.

With Petrobangla Chairman ABM Abdul Fattah in the chair, the programme was attended, among others, by Fugro Director Santanu Moitra.

Dighipara coal field was discovered by state-run Geological survey of Bangladesh (GSB) in 1995.