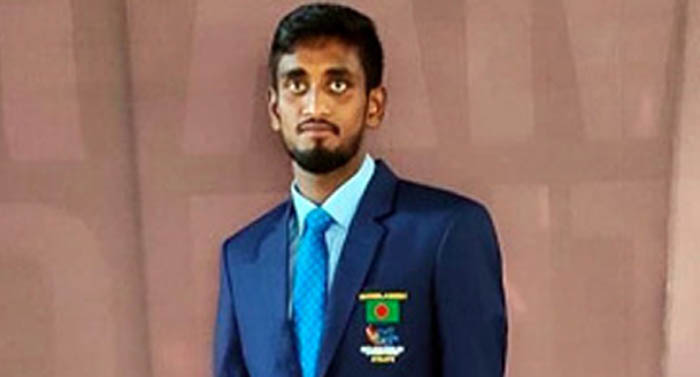 Sohanur Rahman Sohan, goalkeeper of Bangladesh national handball team among two were killed in a road accident in Kushtia on Friday.

According to the locals, the tragic incident happened as Sohan’s motorcycle had a head-on collision with a three-wheeler, locally known as Nasimon, in Daulatpur upazila in Kushtia this morning.

Confirming this to media, officer-in-charge of Daulatpur Police Station SM Arifuzzaman said, “The accident took place at Hossenabad Bazar area of the upazila on Friday morning.”

The accident happened around 9:00 am at the Hossenabad Centre Intersection in Daulatpur. Sohan and Hridoy were going to a local market on a motorbike when an unlicensed three-wheeler (locally called Nasiman) hit them from the opposite direction, leaving them critically injured, said SM Arifuzzaman.

They were rushed to Kushtia General Hospital where Hridoy succumbed to his injuries around 12:00 pm, the OC said.

Sohan, 21, was referred to Dhaka for better treatment but died on the way around 4:00 pm.

Police later sent the bodies to the morgue for autopsy, the OC said, adding that no case was filed in this connection yet.

The driver of the three-wheeler fled from the scene after the accident, he added.

Sohan, who represented the nation in the last SA Games in Nepal last year in December, has played in different age-level tournaments and participated in different national competitions in the past six years.