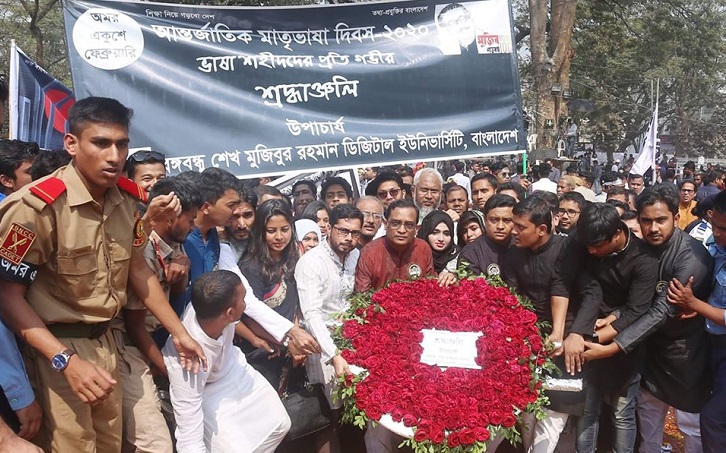 He paid the homage by placing wreaths at the Central Shaheed Minar on Friday morning as a mark of profound respect to the memories of the Martyers, said a press release.

After placing the wreath, VC Munaz Ahmed Noor said, “21st February is a splendid day with the supreme sacrifices of Bengalese. The language movement of 1952 sowed the seeds of Independence to the mind of Bengalese. And our nation ultimately got the Independence under the active leadership of Father of the Nation Bangabandhu Sheikh Mujibur Rahman in 1971.”

Among others, Registrar (Additional Duty) Md. Ashraf Uddin, Prefessor Akteruzzaman, Senior System Analyst Muhammad Shahinul Kabir and other officers, employees and students of the university were also present during the occasion.