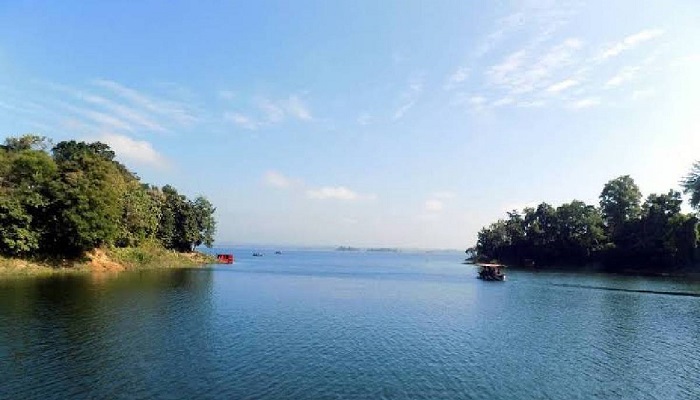 The government has started a process to formulate a master plan, aiming to attract more and more tourists -- both local and foreign ones -- through transforming the country’s tourism sector in a planned way.

A consultancy firm has been hired to formulate the master plan and it will submit a report within the next 18 months containing all the tourist locations of the country, State Minister for Civil Aviation and Tourism Md Mahbub Ali told media.

IPE Global, an India-based tourism consultancy firm, in collaboration with Horwath HTL , a global hotel tourism and leisure consulting leader, and two national firms — BETS and At Earth — have been awarded the job to formulate the master plan by June 30, 2021.

The master plan includes short-term (three-year), mid-term (five-year) and long-term (15-year) plans with emphasis on identification and development of tourism products and their diversification with an assessment of infrastructure, marketing and investment opportunities.

“The work as per the master plan will begin initially in the hill districts -- Khagrachhari, Rangamati and Chattogram -- and then elsewhere across the country. All the tourist spots will be made more attractive,” the state minister said.

Md Mahbub Ali told UNB that it is time to draw attention of the world to Bangladesh’s tourist spots. “The diverse tourism potential of our country, including its natural beauty, glorious history and rich heritage, will properly be publicized among local and international tourists.”

“The master plan will create great opportunities for both investment and employment in the sector which will help the country become an important tourism destination in Asia,” he said.

Outlining the master plan, the state minister explained that the work is underway to make every tourist attraction of the country more tourist-friendly one. In every tourist spot, a comfortable environment will be ensured both for men and women, including the construction of change rooms and special rooms for breastfeeding mothers. “Security will be strengthened for each and every foreign tourist,” he added.

He said the number of foreign tourists will double once the master plan is implemented and he assured that all kinds of facilities will be provided to foreigners in important tourist areas.

“The ministry has a special plan for the tourist locations in and around Dhaka city. Like the developed countries, there’ll be open-top double-decker buses for tourists to see the tourist attractions of the city every week,” said the state minister adding, “Special tours to Dhaka and its surrounding tourist destinations will be launched by four such buses soon.”

The state minister told UNB that a special travel magazine, ‘Beautiful Bangladesh’, published by the Ministry of Civil Aviation and Tourism, has hit the market recently.

“Whenever a foreigner lands at any airport, he or she will be able to find out all the information about tourism in Bangladesh with this magazine,” he pointed out.

He further said, “Work is underway to upgrade Cox’s Bazar airport to international standards in order to make Cox’s Bazar a popular tourist destination. All the hotels and motels of Bangladesh Parjatan Corporation in Cox’s Bazar are undergoing major renovations.”

Ali also said tourist facilities as in other countries of the world will be ensured in Cox’s Bazar as well.

Mentioning that the country is on the edge of celebrating the birth centenary of Bangabandhu Sheikh Mujibur Rahman, the state minister said work on setting up a mural of Bangabandhu at Hazrat Shahjalal International Airport will begin soon so that each and every passenger arriving in his country could feel that they have landed in Bangabandhu’s Bangladesh.

“All our development activities will be carried out following Bangabandhu’s ideals,” he added.