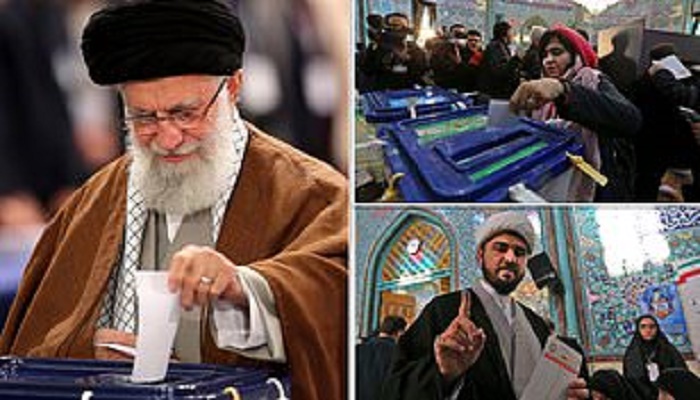 Iranians are voting in elections in an exercise widely expected to result in a more hardline parliament loyal to the country's supreme leader, reports BBC.

It is the first such poll since the US renewed sanctions over Iran's nuclear programme, battering its economy.

Thousands of moderate would-be candidates were barred from running for not meeting strict election criteria.

Observers say authorities will be hoping for a high voter turnout as a sign of support for the regime.

More than 7,000 candidates are vying for 290 seats in the parliament, known as the Majlis. It is part of Iran's mixed system of democratic and theocratic governance, under which the Supreme Leader Ayatollah Ali Khamenei has the final say in the most important matters.

More than 16,000 contenders - including 90 mostly reformist members of the current Majlis - were disqualified from standing by the Guardian Council, a vetting committee loyal to Mr Khamenei.