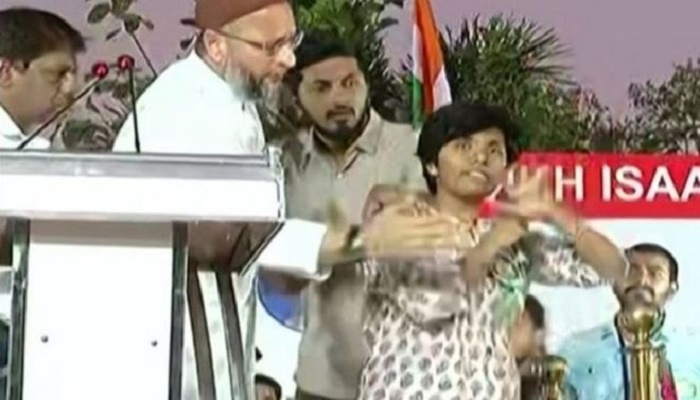 An Indian woman has been arrested and charged with sedition for chanting "long live Pakistan" at a protest in the southern city of Bangalore, reports BBC.

Amulya Leona was participating in a demonstration against a controversial citizenship law, which critics say discriminates against Muslims.

Her comments were immediately condemned by a prominent local Muslim politician.

Asaduddin Owaisi, who was at the rally, said neither he nor his party supported India's "enemy nation Pakistan".

Muslim politicians in Hindu-majority India are often targeted as being "pro-Pakistan" by political rivals, particularly in the last few years.

The neighbouring countries have a historically tense relationship, fighting three wars since Pakistan's formation following the partition of India in 1947.