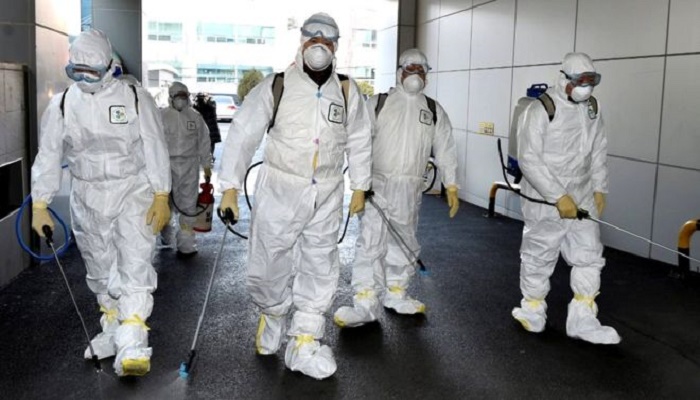 South Korea has stepped up measures to contain the spread of the new coronavirus, as confirmed infections rose sharply for a second day, reports BBC.

The two southern cities of Daegu and Cheongdo have been declared "special care zones".

The country has also locked down its military after several soldiers tested positive.

On Friday, South Korea reported 52 new confirmations after a rise of 53 on Thursday.

The country now has a total of 156 cases making it the largest cluster outside mainland China and the cruise ship docked off Japan.

From the 52 new cases reported on Friday, 41 are in Daegu, a city 300km southeast of the capital Seoul, and 39 of those are from a cluster involving a religious sect.