Coronavirus: What could it mean for the 2020 Olympics in Tokyo 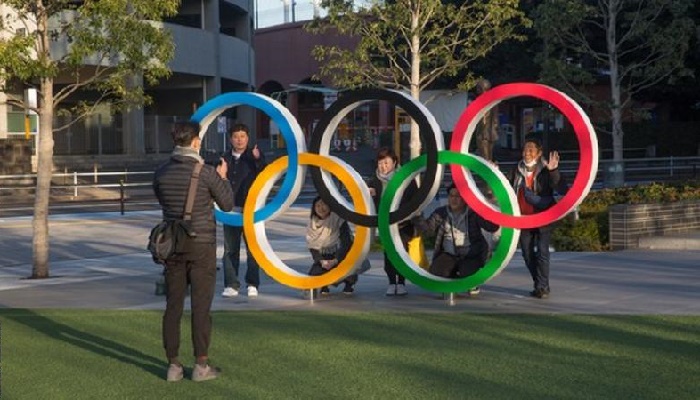 The effects of coronavirus on sport are beginning to be felt by all, including by the athletes themselves, reports BBC.

"That is one of the reasons I actually didn't bring my son with me to Glasgow because I didn't want him travelling because I don't know what is happening right now," she told BBC Sport after winning the 60m.

Meanwhile, Britain's Katarina Johnson-Thompson, who is one of Team GB's top medal hopefuls after winning heptathlon gold at the World Championships, said she was "lucky" she hadn't planned her winter training around the World Indoor Athletics Championships, which were due to be in Nanjing, China next month but have been postponed until next year.

"Hopefully it [coronavirus] will clear up by Tokyo because a lot of athletes have put four years' worth of prep into this," she added.

Last week, John Coates, the head of an IOC inspection team, said: "We can confirm Tokyo 2020 remains on track."

Dr Brian McCloskey, former public health director for London 2012, agreed it is not necessary for cancellation to be on the cards at this stage.

"It is important to remember there was a huge clamour for the Rio 2016 Olympic Games to be cancelled because of the Zika virus outbreak, but those Games went ahead without any problem," said McCloskey.

"And the Winter Olympics in Vancouver in 2010 were during the 2009 pandemic flu season and again they went ahead and created no particular problems either for the country hosting or for other countries around the world.

"So there is good precedent for saying these things can be done safely during a public health emergency but obviously it is important to keep the risks under review."

McCloskey said he had been told the first case of coronavirus in Tokyo was detected by the surveillance system set up as part of Olympics planning.

"The system we put in place in London to ensure we could detect an unusual disease outbreak happening was something we shared with the Japanese organising committee and the ministry of health in Tokyo," he said.

On whether there will be a deadline to make a decision, McCloskey said: "Essentially they can make the decision any time they like up until the day of the opening ceremony, but in reality teams will be coming into Japan for their training camps from several months before the Games start.

"I think by that stage it is unlikely people will want to change their mind after the teams have arrived in the country."

How much would cancellation of the Olympics cost?

No Olympics has ever been cancelled or postponed due to anything other than war. To do so for a virus would be unprecedented.

However, communicable diseases would form part of the insurance policy for Tokyo 2020, at a premium of about £300m.

"So theoretically, if the Tokyo Games were cancelled due to coronavirus, and whether or not that is because they suddenly can't allow any Chinese athletes to attend and that is unacceptable, or if we just simply have a continued spread and it is decided that it is just not right and safe to continue with the Games, then the policy would be triggered."

Asked about how much the organisers may have paid to insure the Games, they said: "A rate will depend on where the Olympics are, but you can pay anything from 1.5% to maybe 3% on the actual sum insured."

Given the Tokyo 2020 organisers recently said their budget was £9.7bn, if the premium was 3% of the sum insured it would have cost £291m.

While the organisers would typically insure to cover lost revenue from ticket sales, the IOC may have also taken out its own insurance to cover sponsorship and broadcasting revenue.

Reports from London 2012 show that at this stage in the build-up, reporting was under way within the disease surveillance system.

Health Protection Agency (HPA) documents show that between January and May 2012 there was a "requirement for exception reporting so any significant issues that might affect the delivery of the Games would be reported. In addition the HPA was looking at information received from athletes' training camps".

The surveillance system involved collaboration with 200 countries and picked up "routine infections, such as norovirus in several athletic teams" before they got to the athletes' village and "chickenpox among crew on a floating hotel for Games-related staff".

Contingency plans included the ability to quarantine each team when they arrived at the athletes' village.

Experts predict a similar arrangement would be possible in Tokyo, with the potential to screen athletes for coronavirus.

Tokyo will be 33-year-old Fraser-Pryce's fourth and final Olympics.

"I'm hoping this situation will be cleared soon enough so we can all get back to not worrying and travelling," she said.

"It definitely puts a dampener on a lot of things that are happening in the world so we're hoping things will settle down and go back to normal."

Landmark events like the torch relay - which begins in Greece on 12 March before the 'grand start' in Japan on 26 March - and crucial team holding camps may yet be impacted by this global health emergency.

With several years' worth of planning having gone into Tokyo 2020, from organisers and athletes alike, there is widespread hope - and confidence from experts - that it can continue "on track" as the countdown to the opening ceremony on 24 July ticks on.