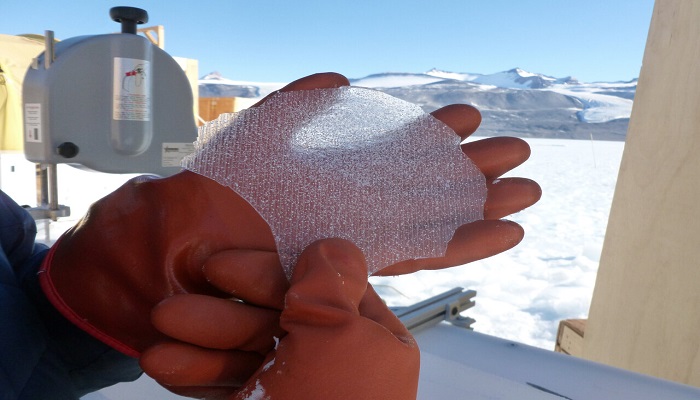 U.S. researchers have found that methane stored in permafrost and ocean is unlikely to cause massive greenhouse gas release.

The study published on Thursday in the journal Science showed that even if methane is released from these large natural stores in response to warming, very little actually reaches the atmosphere.

Permafrost in the soil and methane hydrates deep in the ocean are large reservoirs of ancient carbon.

Researchers at the University of Rochester drilled and collected ice cores from Taylor Glacier in Antarctica. The ice core samples contain tiny air bubbles with small quantities of ancient air trapped inside, acting like time capsules.

They used a melting chamber to extract the ancient air from the bubbles and then measured the composition of air from the time of Earth’s last deglaciation 8,000 to 15,000 years ago.

“The time period is a partial analog to today, when Earth went from a cold state to a warmer state,” said the paper’s co-author Michael Dyonisius with Rochester in a statement. “But during the last deglaciation, the change was natural. Now the change is driven by human activity, and we’re going from a warm state to an even warmer state.”

Analyzing the carbon-14 isotope of methane in the samples, the group found that methane emissions from the ancient carbon reservoirs were small, suggesting that the likelihood of those old carbon reservoirs destabilizing and creating a large positive warming feedback in the present day is low.

If the methane is released in the deep ocean, most of it is dissolved and oxidized by ocean microbes before it ever reaches the atmosphere. If the methane in permafrost forms deep enough in the soil, it may be oxidized by bacteria that eat the methane, according to the study.

“One of our take-home points is that we need to be more concerned about the anthropogenic emissions — those originating from human activities — than the natural feedbacks,” said Dyonisius.