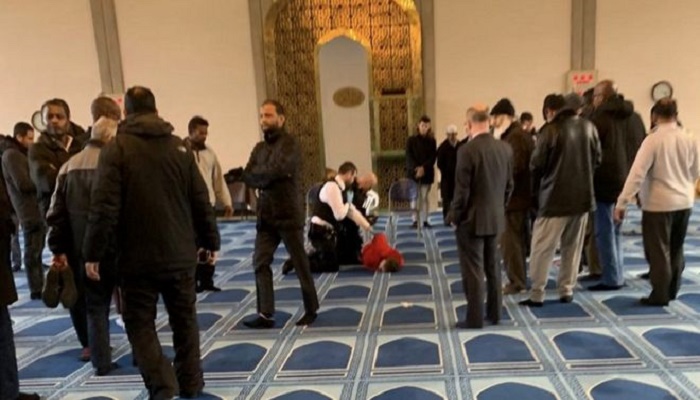 A man has been arrested on suspicion of attempted murder after a stabbing inside a central London mosque, reports BBC.

The victim, in his 70s, was injured in an attack at London Central Mosque, near Regent's Park, which police are not treating as terror-related.

He was taken to hospital by paramedics where his condition has been assessed as non-life threatening.

A 29-year-old man was apprehended by worshippers who broke from prayer to restrain him until police arrived.

In a statement, the mosque said the injured man was the muezzin, the person who makes the call to prayer, and he had been stabbed shortly after 15:00 GMT during afternoon prayer.

The mosque's director general, Dr Ahmad Al Dubayan said he had a brief phone conversation with the muezzin in hospital, who said he was "okay and feeling well".

Ayaz Ahmad, an adviser to the mosque, said the stabbing "would have been life-threatening if it wasn't for the worshippers".