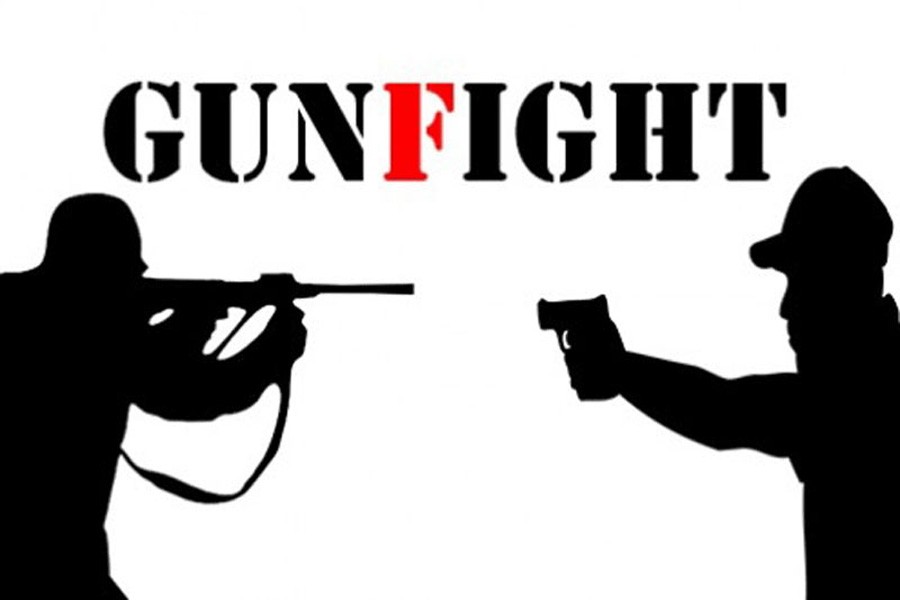 Two suspected robbers were killed in a reported gunfight with police early Friday in Palpara area in Sadar upazila of Cumilla.

The deceased were identified as Arifuzzaman Emon, son of Akhtaruzzaman of Vatpara area and Jahangir, son of Miru Mia of Araiora area in the upazila.

Porimol Das, sub-inspector of DB police, said tipped-off that the robber gang was preparing for committing robbery in the area, Kotowali Thana police and DB police jointly went to the spot to conduct a drive.

As soon as the law enforcers reached the spot, the robbers opened fire forcing them to fire back in self defence that triggered a gunfight, he added.

A LG gun, shells of five rounds of bullets, two daggers, and a knife were recovered from the spot, he added.

There were seven to eight cases including that of murder against the deceased.