Kareena talks about breakup with Shahid during Jab We Met 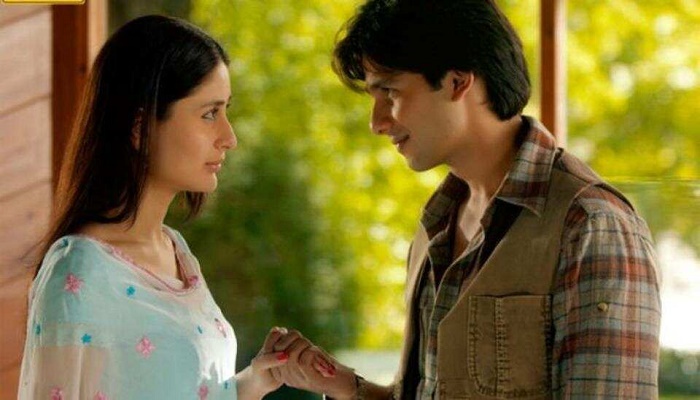 Ever since her breakup with Shahid Kapoor in 2006, Kareena Kapoor has rarely talked about it.

However, in a recent interview with Film Companion’s Anupama Chopra, the actor talked in detail about working with him in Jab We Met, the breakup and how she met her husband Saif Ali Khan on the sets of Tashan soon afterwards, reports HT.

Kareena said that when she was on the sets of Imtiaz Ali’s Jab We Met, she was more excited about working in Tashan. She was the lead in Tashan and lost weight for it, become ‘size zero’ and couldn’t wait to begin work on it as she thought it would ‘change her life and career’.

Kareena added that it was Shahid, whom she was dating at the time, who asked her to consider the script of Jab We Met.

“In fact it was Shahid who actually said that I should hear this script of this film,” she said.

Talking about the breakup she said, “Of course, then destiny had its own plan and life took its own course. A lot happened in the making of this film and Tashan and our lives... We all kind of went our separate ways. And this beauty of a movie came out of it.”

Kareena and Saif got married in 2012 and welcomed their son Taimur in 2016. Shahid got married to Mira Rajput in 2015 and has a daughter Misha and son Zain with her.

Kareena will now be seen in Angrezi Medium with Irrfan Khan, in Laal Singh Chaddha with Aamir Khan and in Takht with Alia Bhatt, Ranveer Singh, Vicky Kaushal and others.

The film is a remake of Tom Hanks’ Forrest Gump.