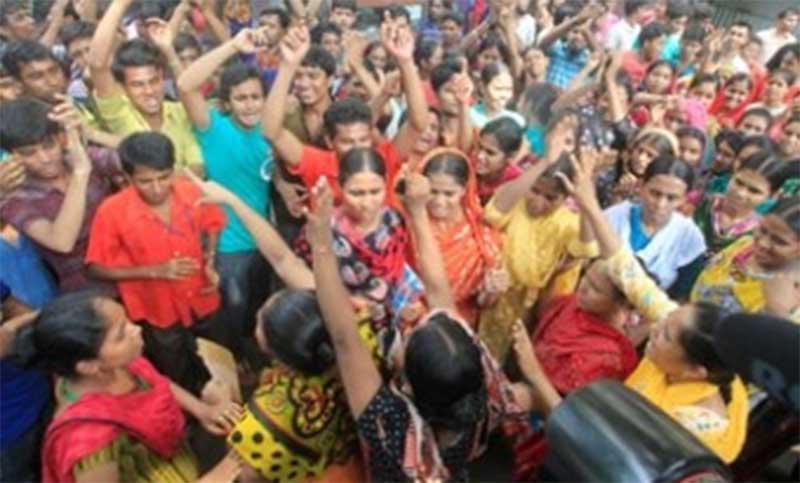 Commuters in Savar have been suffering immensely as several hundred garments workers took to the streets in Savar halting traffic movement demanding arrears and bonuses.

Nearly 3,000 garments workers of Raquef Apparels Washing & Packaging Industry in Savar blocked Hemayetpur-Singair road for two and a half hours.

However, the workers left the spot and took position inside the factory after law enforcers and worker leaders convinced them.

The workers of the factory alleged they were supposed to get paid for the month of January within the first week of February, however, the authorities said they would pay the salary by today.

When workers went to the factory this morning, they did not find any authorities nor did they get paid -- prompting them to take to the streets.