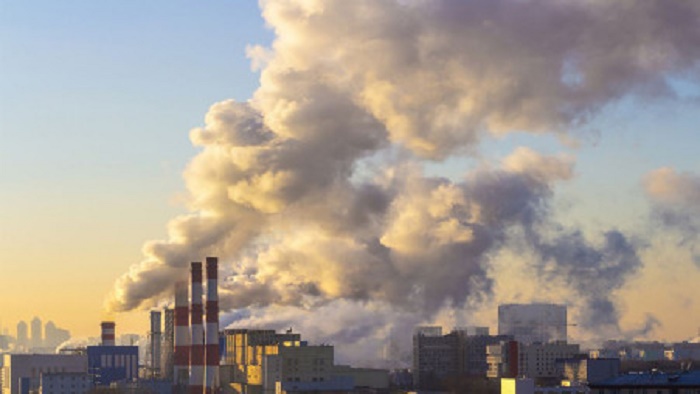 Emissions from fossil fuel production of the potent greenhouse gas methane is 25 to 40 percent higher than previously understood, researchers reported on Wednesday, shining a harsh spotlight on the global gas industry.

“Scientists have been vastly underestimating the amount of methane humans are emitting into the atmosphere via fossil fuels,” scientists from the University of Rochester in New York, who led the study, said in a statement.

The findings were published in Nature.

Carbon dioxide (CO2) from burning fossil fuels and deforestation accounts for about three quarters of all global warming.

Methane, which comes from both natural and manmade sources, is responsible for 16 percent.

While more potent than CO2 as a greenhouse gas, methane persists for only a tenth as long in the atmosphere, roughly a decade rather than a century. Scientists calculate that — on a 100-year timescale — methane is 21 times more efficient in trapping solar radiation.

Experts not involved in the study said it would force a reassessment of the role the fossil fuel industry must play in curbing climate change.

“The study blows a sizeable hole in the natural methane budget and instead points the finger firmly at human activity, specifically our extraction and distribution of fossil fuels,” said Dave Reay, executive director of the Edinburgh Centre for Carbon Innovation.

“We knew fossil fuel extraction — including fracking — was a major part of global methane emissions, but this impressive study suggests it is a far bigger culprit in human-induced climate change than we had ever thought.

“If correct, gas, coal and oil extraction and distribution around the world are responsible for almost half of all human-induced methane emissions.”

Natural gas, while less carbon-intensive than oil and coal, is driving global energy demand increases, with the International Energy Agency — a forum of 30 countries — saying global demand for gas grew 4.6 percent in 2018 alone.

There are two kinds of methane emissions, each with their own molecular signature. Both can occur naturally or be generated by human activity.

Fossil methane of the kind measured in the new study can seep into the air through cracks in Earth’s crust, but also comes from the extraction and distribution of fossil fuels, particularly natural gas.

Analysis of 200-year-old ice core samples from Greenland showed for the first time that the level of fossil-based methane from natural sources — such as volcanic activity — is 10 times lower than thought, the study found.

Scientists can accurately quantify the total amount of methane ebbing into the atmosphere each year, and roughly how much is biological or fossil in origin.

But figuring out what share comes from natural sources as opposed to human activity is trickier.

“It has been challenging to pin that down because in today’s atmosphere, the natural and anthropogenic components of fossil emissions look the same,” said senior author Vasilii Petrenko.

“I don’t want to get too hopeless on this because my data does have a positive implication,” Hmeil said.

“Most methane emissions are anthropogenic, so that means we have more control.”

“It shows us where we can act on climate change,” added Joeri Rogelj of Imperial College London — an expert on carbon budgets, which are the amounts of greenhouse gases that can be emitted without passing a given temperature threshold.

The 2015 Paris Agreement calls for capping global warming at well below two degrees Celsius. If emissions continue at current rates — about 50 billions tonnes of CO2-equivalent, a measure that includes non-CO2 gases — humanity’s carbon budget will be used up within about 15 years.

Livestock, which emit methane when they digest, account for at least a fifth of global methane leaching into the atmosphere.