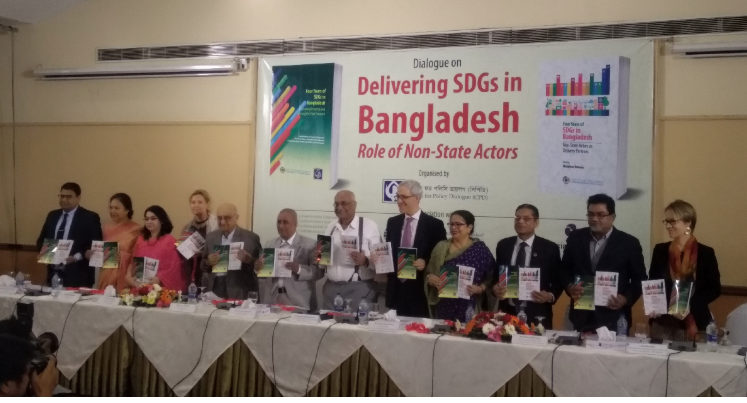 The Centre for Policy Dialogue (CPD) on Thursday unveiled two publications on Sustainable Development Goals (SDGS) at a city hotel in the capital.

CPD organised the dialogue on ‘Delivering SDGs in Bangladesh: Role of Non-State Actors’ in association with The Asia Foundation- Bangladesh, Citizen’s Platform for SDGs, Bangladesh and the Swiss Agency for Development and Cooperation (SDC).

The publications have been brought out as preliminary inputs to the ongoing Voluntary National Review (VNR) process of Bangladesh from part of the non-state actors working in the field of SDGs.

Debapriya said there are good recommendations on SDGs in the two publications.

"We’re not doing well to achieve SDGs by 2030 due to climate change, rule of justice and inequality in the country,” he said, adding that quality education focusing on job fields should be emphasised now.

Fahmida said they discussed the progress of last four years in Bangladesh in the books.

"We also discussed various indexes about Bangladesh's position and included some challenges of the country in future," she said.