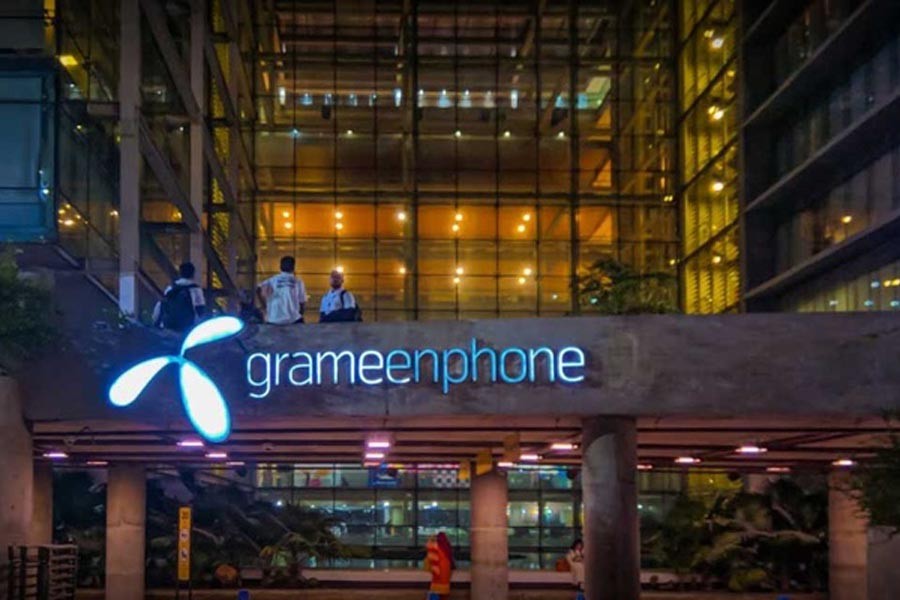 A bench of the Appellate Division headed by Chief Justice Syed Mahmud Hossain passed the order on Thursday after hearing a petition filed by GP seeking an order to pay a portion of dues in installment.

The court will pass further order on the petition on Monday.

Earlier on November 24 last year, the apex court ordered Grameenphone to pay Tk20 billion to BTRC within three months. The deadline for payment will expire on February 23.

The company proposed to make an adjustable deposit of Tk1 billion to BTRC and enter into a “good-faith discussion” towards a mutually acceptable framework, process and resolution. BTRC, however, did not accept the proposed deposit, said Hossain Sadat, head of regulatory affairs at GP.

Grameenphone on Thursday prayed to the Supreme Court for permission to pay Tk20 billion to BTRC in a six-month installment. The Supreme Court, however, ordered the cellphone company to pay Tk10 billion by Monday.

The regulator threatened the two operators with licence cancellation if as two failed to pay despite repeated efforts.

Robi, another mobile-phone operator in Bangladesh, has proposed to withdraw the case, the minister said, adding that the government will follow the court order on the GP issue.

In a statement, Cathrine Stang Lund, a spokeswoman for Telenor Group, said: “The GP is not a party to this process.”

“For Telenor Group, it is important to protect its assets in Bangladesh. Telenor has sent a notice to seek a resolution to a dispute and invited the Government of Bangladesh to meet to discuss the matter and work towards a constructive solution,” Lund said.

“The BIT process itself encourages dialogue, and Telenor still believes the best way forward is that the authorities and the operators agree on an amicable and transparent solution to the disputed audit.”

The apex court, however, upheld the High Court order that stayed the BTRC demand notice to the GP for the payment of Tk125.8 billion.

As GP and Robi failed to pay their dues despite reminders, BTRC on July 4 ordered the International Internet Gateway (IIG) operators to limit two mobile companies’ bandwidth capacity by 30 percent for GP and 15 percent for Robi.

It was followed by the decision to stop issuance of NOCs and other approvals before notices were served on the GP and the Robi on September 5. The notices asked them to explain why their licences to offer 2G and 3G services will not be revoked.

The operators with a combined customer base of over 120 million were given 30 days to answer. BTRC Chairman Jahurul Haque threatened to appoint administrators to recover the arrears.

But prior to the issuance of the notice, GP and Robi filed separate civil suits in August with a Dhaka court to settle the dispute, calling the BTRC’s claims “unfounded and “faulty”.

Finance Minister AHM Mustafa Kamal was pursuing the regulators for a settlement as well, saying that taxes from the operators will rise if the authorities let them do business smoothly.

The telecom operators recently sent letters to BTRC, saying the notices are “unfounded”, since the matter is sub judice because cases had been initiated before the notices were served.

Grameenphone filed an appeal for a temporary ban on the BTRC notice under the title suit, but the lower court dismissed it on August 28.

The notice was served in mid-November. The ministry concerned informed the apex court of the incident as cases over audit disputes with GP and Robi are pending with local courts.

Legal experts said nobody can issue legal notice to the incumbent President, undermining the Constitution of the country.

Telenor Group should have expressed their willingness of international arbitration to the Supreme Court of Bangladesh where cases over audit disputes are pending, they mentioned.

“The notice was sent through a law farm in Singapore. This is really unfortunate. It is unacceptable that a company running its business in Bangladesh will send a legal notice to our President and give us pressure to go for arbitration,” Telecoms Minister Mustafa Jabbar said.

He further said the highest authority in the government is aware of the notice and consulted with legal experts in this regard.