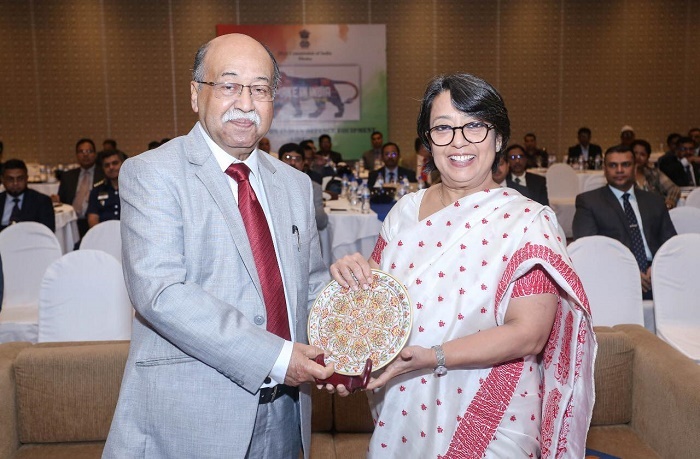 A seminar on Indian Defence Equipment (SIDE 2020) was organised by High Commission of India at Dhaka at Hotel Radisson Blu on Wednesday.

Representatives from twelve different Indian Firms participated in the event.

Riva Ganguly Das, High Commissioner of India to Bangladesh said that India and Bangladesh have close cooperation in many diverse areas and therefore are natural partners to pursue further cooperation in the field of defence technologies.

Addressing the gathering, the Industries Minister paid tribute to Bangbandhu and said that the Father of the Nation had emphasised on building disciplined and professional Armed Forces.

He also said that Bangladesh is the fastest growing economy in South Asia and is making rapid progress in industrialisation, said a press release of High Commission of India today.

Bangladesh’s Security Forces have earned a name for themselves as disciplined and professional force and the seminar provided an opportunity for defence manufacturers from India in developing fruitful partnerships with them.