Indian PM Modi due next month 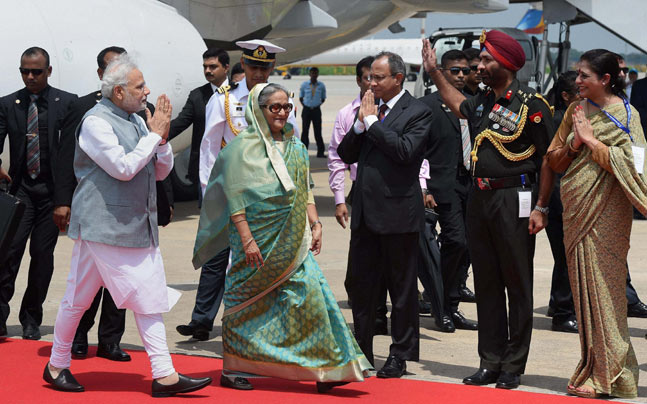 Indian Prime Minister Narendra Modi will be visiting Bangladesh next month to attend the birth centenary celebrations of Father of the Nation Bangabandhu Sheikh Mujibur Rahman and have bilateral talks with his Bangladesh counterpart.

Prime Minister Modi will arrive in Dhaka either on March 16 or 17 and talks at official-level are going on to finalise the date.

Sheikh Hasina will be visiting Tungipara on March 17 to pay homage to Father of the Nation Bangabandhu Sheikh Mujibur Rahman, said the Foreign Minister adding that it will be good for Bangladesh side if Modi comes on March 16.

The Foreign Minister said there will be a bilateral meeting with Prime Minister Sheikh Hasina, and the Ministry of Foreign Affairs is working on the agenda to be discussed at the meeting.

Indian Foreign Secretary Harsh Vardhan Shringla will also visit Bangladesh in the first week of March before the visit of Indian Prime Minister, Dr Momen said, adding that they will finalise the exact date of Modi’s arrival soon.

The two countries are also working on the programmes to be jointly inaugurated during the visit, said the Foreign Minister.

Earlier, Prime Minister Sheikh Hasina announced that March 2020 to March 2021 would be observed as the ‘Mujib Borsho’ (Mujib Year) across the country to mark the birth centenary of Bangabandhu while the mega event will be held on March 17.

Year-long programmes at home and abroad will be observed with the participation of the mass people at the government and party levels apart from engagement from Bangladesh’s foreign friends.

The ‘Mujib Borsho’ will be followed by the golden jubilee celebrations of the country's independence in 2021.

The Indian government announced that they will also work together to commemorate the two important anniversary years -- Bangabandhu’s birth centenary in 2020; and 50 years of Bangladesh’s War of Liberation, and the establishment of India-Bangladesh bilateral diplomatic ties in year 2021.