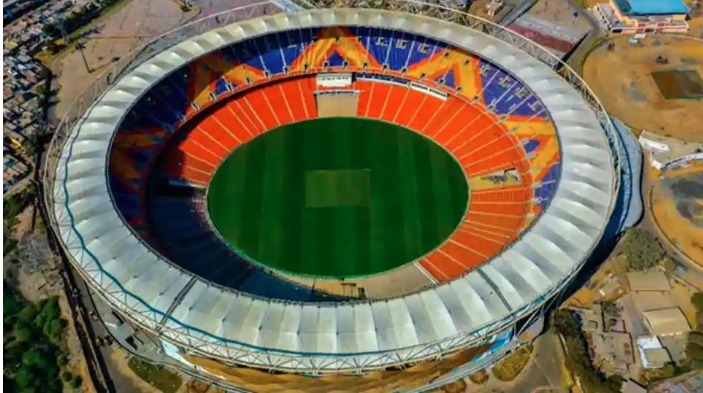 The Sardar Patel Stadium in Motera, Ahmedabad is well on its way to become the largest cricket stadium in the world as it will host 110,000 spectators, more than doubling its previous capacity of 54,000. The pictures of the venue has already created a lot of buzz among fans and players alike. BCCI President Sourav Ganguly also reacted on the venue which is expected to be inaugurated by US President Donald Trump. “Lovely to see such a massive ,pretty stadium .. Ahmedabad .. have great memories in this ground as a player ,captain ..grew up at Eden with hundred thousand capacity .. (not any more).. can’t wait to see this on 24th,” he tweeted on Tuesday.

The Sardar Patel Stadium -- or Motera, as it is simply known -- was first built in 1982 when the state government of Gujarat donated 50 acres of land for its construction. The ground began hosting international cricket a year later in 1983.

So far, Motera has held one T20I (Pakistan’s final international on Indian soil, played back in 2012), 12 Test matches and 24 ODIs -- the last of which, between India and Sri Lanka in November 2014, was also the final game it hosted before it closed for reconstruction.

By September 2015, the work to build the “world’s largest cricket stadium” began, sanctioned by Prime Minister Narendra Modi (he has also served as the president of the Gujarat Cricket Association, which runs the venue).