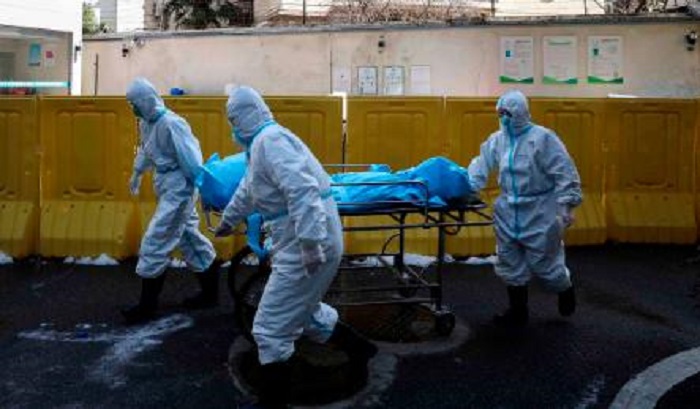 Hong Kong has confirmed another new case of the novel coronavirus on Wednesday, taking the total to number of cases to 63, according to the city’s Department of Health and Hospital Authority.

The newly confirmed patient is 83-year-old female whose daughter and son-in-law were confirmed to have been infected with the novel coronavirus on February 15, the department said in a Wednesday news conference on Wednesday.

Dr. Chuang Shuk-kwan, Head of the Communicable Disease Branch of the Centre for Health Protection of the Department of Health said that the family had a meal together on January 29 and the patient's daughter and son-in-law (57th and 60th case) developed symptoms on February 7 and 8.

On February 15, the 83-year-old had a fall, fractured her hip and was admitted to the orthopedic quarter of Tuen Mun Hospital, according to Dr. Chuang.

The following day she had a hip surgery and “as the doctor became aware of the confirmed cases of her daughter and her son-in-law, a test was performed and the test result came back positive today,” Dr. Chuang added.

Her husband has also been tested for the novel coronavirus and his test results are pending, Dr. Chuang said.