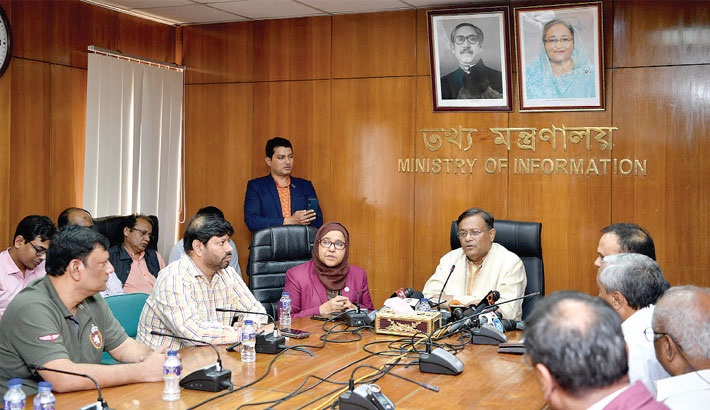 He came up with the statement while exchanging views with film directors, producers and owners of movie theatres of the country at his office in the capital on Tuesday.

The Minister said, “We have decided to double the donation to Tk 10 crore from Tk 5 crore after consulting with the Prime Minister.”

We are going to change the policies which are almost finalized.  Each year, 15 to 16 movies will be made with this donation, he added.

Mentioning that the movies that will be made with the donation must be released in halls, Dr. Hasan Mahmud said, “Earlier, donation movies would not release in halls and sold to another person where the halls could not get any movies.”

Many halls are now closed. If there is no hall then there will be no movie. Cinema will be saved if the hall survives, he added.