2 killed as bus plunges into ditch in Bogura 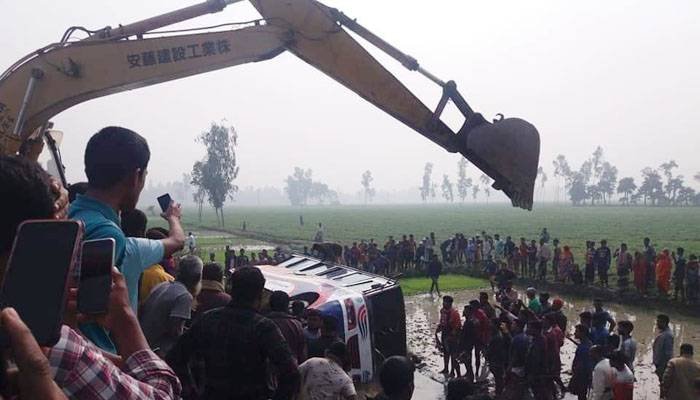 At least two people, including helper of vehicle, were killed and 14 others injured after a passenger bus plunged into a roadside ditch at Kichak union of Shibganj upazila in Bogura on Wednesday noon.

According to locals sources, the Bagura-bound passenger bus of ‘Adhunik Paribahan’ fell into the ditch after its driver lost control over the steering on Mokamtala-Joypurhat road at 12:00 pm, leaving bus helper Shahidul and passenger Dilbar dead on the spot.

Later, members of fire service and police rushed to the spot and took the injured to Shaheed Ziaur Rahman Medical College and Hospital.