Man to die for killing wife in Barguna 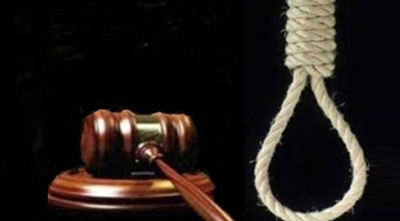 A Barguna court on Wednesday sentenced a man to death for killing his wife in 2008.

The convicted person is Bacchu, 45, hailing from Amtala village of Patharghata upazila in Barguna.

According to the prosecution, Bacchu beat his wife Hamida, 45, to death and buried her body near his house on August 27, 2008.