Coronavirus: The noted victims of the virus in Wuhan 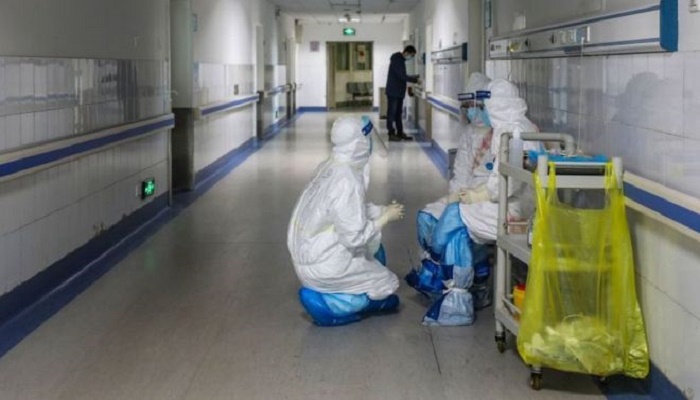 A bodybuilder. An artist. A scientist. Senior doctors.

Across China, more than 2000 people who lost their lives to Covid-19 are being mourned - the majority of them in the virus epicentre of Wuhan.

Each death is devastating to their loved ones, but among the dead in Wuhan are some people who were noted figures in their field.

Here are a few of them.

Last week, a senior Chinese health official said that 1,716 health workers had been infected by the coronavirus and six had died.

On Tuesday, Liu Zhiming was added to the list.

Dr Liu, 51, was the director of Wuhan Wuchang Hospital - one of the first hospitals to be a designated virus centre.

His death was initially reported by Chinese media late on Monday, but media outlets later did a U-turn and said doctors were trying to save him.

The next morning his death was confirmed. He was the first hospital director to die from the virus, and it is not known if he had suffered from any underlying conditions to increase his risk.

Not much is yet known about Dr Liu's personal life, but he has been hailed by many on Chinese social media as a hero.

"Farewell to this hero, a soldier in white," said one comment on Weibo.

"There are no illnesses in heaven, thank you for your sacrifice," another said.

Dr Li is arguably the most prominent figure to have died.

In December, he had been told by police officers not to spread "fake rumours" after alerting his friends to a new emerging virus. His death, much like Dr Liu's, was confusingly reported.

On 6 February, media outlets reported that he was dead, then later retracted it, saying that doctors were working to save him. They confirmed his death a day later.

Millions have mourned Dr Li, and his death sparked a wave of anger, grief and overwhelming sense of mistrust towards the government.

Many were furious that the government had tried to stifle his earlier warnings about the virus and accused them of also trying to cover up his death.

Chang Kai, a director at Hubei Film Studios, died from the virus along with his father, mother and sister.

A note, reportedly written by him and passed around by a friend, revealed the ordeal the 55-year-old had to go through before his death.

According to the note, which was published in full by news site Caixin, his father had come down with a fever, cough and had difficulty breathing.

"He was taken to many hospitals for treatment, but [was] told no beds [were] available," said the note. "[We were] extremely disappointed... [and] went home."

A few days later his father died, followed afterwards by his mother, who was "physically and mentally exhausted".

"The ruthless virus also devoured my wife and my body. I went to various hospitals and begged [to be admitted]. Beds were hard to find... we are nobody," he said in his note. "We missed the opportunity for healing and my breath was weak."

Chang Kai and his wife were later admitted to hospital, but according to local reports, his condition had deteriorated too much.

He died on 14 February, with his wife still battling the illness. He leaves behind a son, who is reportedly studying in the UK.

Some of his last words in his note were: "I [was] a filial child to my father and a responsible father to my son. A beloved husband to my wife and a sincere man in [this] life. To those I love and those who love me - farewell."

Prof Liu Shouxiang was a renowned artist in Hubei, known for his watercolour paintings.

According to news site Jiemian News, he died on 13 February aged 62.

Mr Liu was born in Wuhan in 1958. He went on to train at the Hubei Academy of Fine Arts, where he stayed on to teach, eventually become a professor.

He eventually became known for his distinct watercolour style, reported Jiemian News. His works have been displayed in some of the biggest art museums and galleries in the country.

His death was mourned by many on social media site Weibo, with one saying it was the death of a great "talent".

"It takes decades to train a talent and only a few days to end that life," said one comment.

"How many talents have been taken away by this virus?" another asked. "The financial cost of the virus is great but can the value of these people ever be measured?"

The 86-year-old was a former academician at the Chinese Academy of Engineering and a chief scientist at the National Engineering Research Centre for Digital Manufacturing.

Born in 1934 in Jiangsu, he went on to graduate with a degree from the China Central University of Science and Technology and later stayed on to teach.

According to news site The Global Times, he went on to develop the world's first whole body gamma knife in 1996 - a type of radiation therapy used to treat tumours. This earned him a national award in 2005.

He was known by his students as the "medical madman" because he never gave up on anything, said the report.

Qiu Jun from Wuhan was thrust into the spotlight last year when pictures showing the 72-year-old bodybuilding started to go viral.

According to Phoenix News, he only began working out after his retirement, joining a gym and eventually going on to coach others and participating in bodybuilding competitions.

He was known to visit the gym religiously and had plans to compete in another bodybuilding competition later this June.

He started showing symptoms on 23 January and was eventually admitted to hospital after testing positive.

But he died days later on 6 February. His son reportedly sent this message to friends and family, informing them of his father's death: "The father who never got sick could not escape the disaster."