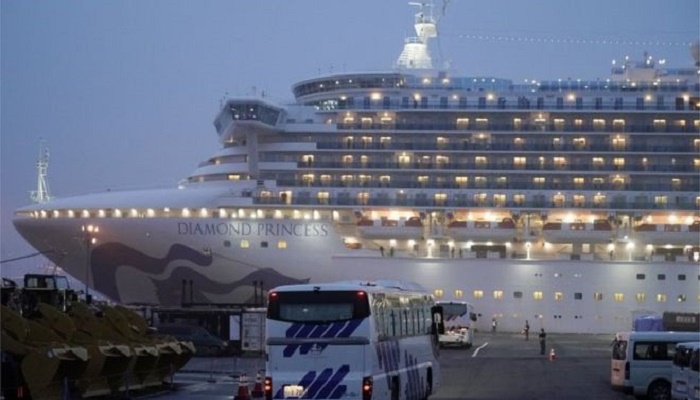 The first passengers have begun disembarking from the virus-hit cruise ship moored off Yokohama, Japan after 14 days of quarantine, reports BBC.

An outbreak of the Covid-19 virus has seen 542 passengers and crew infected on the Diamond Princess- the biggest cluster outside mainland China.

Several countries had already evacuated their citizens as infections spread.

Covid-19 has now claimed 2,004 lives in China, according to the latest Chinese data released on Wednesday.

There have been 74,185 confirmed infections recorded in mainland China and around 700 cases in other countries around the globe.

Hong Kong on Wednesday said a second person had died from the virus while France, Japan, the Philippines and Taiwan have each had one fatality.

Only passengers who have tested negative for the virus and did not show any symptoms during the quarantine period will be allowed to leave the ship.

Those who have tested negative but were in cabins with infected people will have to remain on board for additional quarantine.

The disembarking process will continue over several days, according to Japanese media citing health officials.

About 500 people are expected to disembark the vessel on Wednesday.