Tale of a China returnee 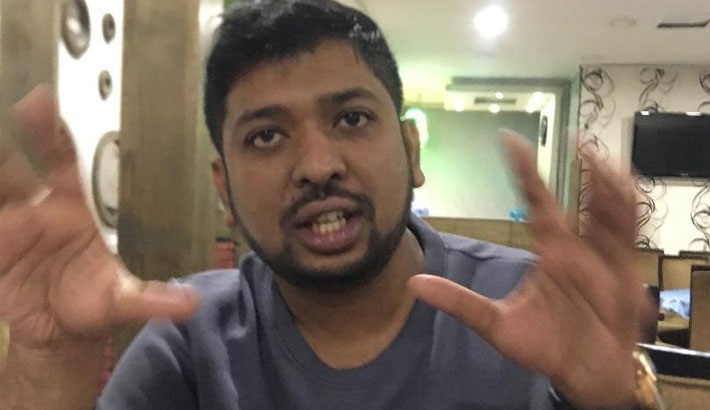 For a group of Bangladeshis, it was a celebration like when a cricket team wins as their aircraft landed in Dhaka after living for weeks in China with death almost imminent, according to one of the students who returned home from the coronavirus-hit country.

“We wanted to finish the 14-day quarantine before returning for the safety of our families and others around us … but the few weeks in our university dormitory was very suffocating,” Md. Tashfique Uddin Chowdhury, a student, told the daily sun.

He said, “We cried, laughed to keep our spirits up and prayed to Allah for sparing us from falling sick with coronavirus. We prayed that we survive from the ‘death trap’ situation and can safely go home.”

“One cannot imagine to be locked up in respective rooms 27/7 as no one was permitted to go out into the open and we hardly slept in the first 14 days and spend time by playing cards or monopoly, which also helped us divert our minds from this situation,” he added.

Tashfique, who is the CEO and director of an industry in Gazipur and doing research in China, returned home a week ago on his own arrangement, said they had to undergo regular health checks and food was a worry initially.

“We simply had moori (puffed rice) before the Chinese government introduced an app to order food and grocery … but that was scary too as we had the fear of getting the virus from the food supplied as the packers could be sick already.”

Asked about their final safe arrival in Dhaka, he said there flight by China Eastern was cancelled twice after they flew to Kunming from Oshu Airport, close to his university.

“After feeling like suffocating in China, we had an unexplainable feeling when we breathed the air of our country … we thanked God and left for homes,” Chowdhury said, but quickly added they all looked forward to going back to finish their education which ends in July, 2020, for most of the students.

He said among the group, there were 64 women of different nationalities, and slowly moist left for their home countries. “The first was Indians and Sri Lankans before the lockdown was imposed by the Chinese government in different cities, including ours.”

On 14 January 2020, many people were seen wearing masks but it was not clear to the students as the news of contagious coronavirus spread very slowly. The immune system breaks down and victims vomit blood at the final stage, which scared the residents of Mingxiang and Yuingze cities, he said.

Praising the Chinese government for the initiatives taken to ensure food, medical check-ups and kits to protect them from the virus, he said without such measures the number of people hit by the virus could be much larger.

According to the latest reports, the number of people being infected by the disease or dying is coming down.