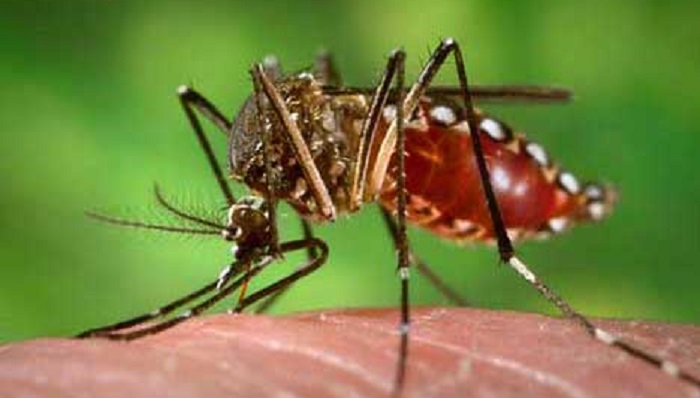 With the sharp rise in the blood-sucking mosquito population, the return of dengue fever is haunting Dhaka residents who complain that already the winged insects have made their lives miserable.

The residents of different parts of the city have been suffering from mosquito menace over the last one month, but no significant efforts were seen on the part of city corporations’ in recent weeks.

Dengue fever is carried by Aedes mosquito and is becoming rampant in many parts of the world.

In a rare development, at least 197 dengue cases were reported in January this year. Getting infected by the sometimes fatal disease during December-January period is uncommon. In January 2019 the figure was only 38.

With winter bidding goodbye and rise in temperature this month, mosquitoes.

Asma, a resident of Goran area: “After so many reports about dengue and mosquito repellant medicines were sprayed, the situation improved a little …. But now the mosquito population is again increasing.”

“Then I did not see any spraying of repellant … from the evening the mosquito menace is intolerable,” she added.

Same allegation was raised by Kazi Faisal, resident of Mirpur 12 area. He said “Earlier mosquito medicine was sprayed. Now we haven’t seen any medicine being sprayed. For the last two weeks mosquitoes menace has been increasing.”

In Bangladesh, the number of dengue-hit patients in 2019 was a record 101,354 cases across the country. The Health Department confirmed 164 dengue deaths at the same time. Unofficial figure was about 300.

“We are working on the management of this Aedes vector (dengue carrier mosquito) in all the city corporations, all the institutions under the ministry of local government," he said. “In light of the experience we had last year, we are taking every possible step.”

The majority of the elite neighbourhoods are fitted with mosquito net. but there the tiny insects make way into one-storey to high-rise ones.

"All 54 wards of DNCC will come under the crash programme," said panel mayor of DNCC Jamal Mostafa, while inaugurating the programme at Police Staff College in Mirpur-13.

"We hope city dwellers will get its benefit," he said, adding that the programme will continue till February 28.

Jamal said they will use fogger machines, wheel-barrow machines and vehicle-mounted foggers to kill mosquitoes.