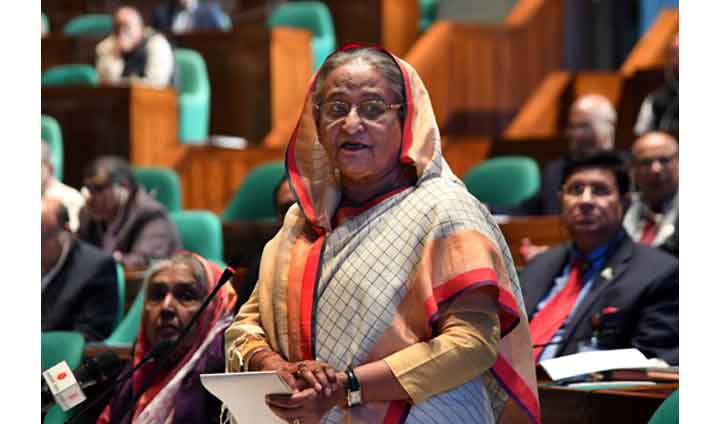 Prime Minister and Leader of the House Sheikh Hasina on Tuesday announced that her government’s “zero tolerance policy” against the rapists like terrorism, militancy and narcotics and warned that the government will take stern action against the culprits.

“We notice a problem (currently) as some beasts in the name of human beings are doing very heinous crime like rape … they’re rapping from the minor children to girls,” she said.

Sheikh Hasina added: “I’ll call them inferior to the beasts and they’ve no principles, and how human beings can possess such hateful character?”

The prime minister said this while taking part in the thanksgiving motion on the President’s speech as well as delivering her winding up speech of the sixth session of the 11th Jatiya Sangsad.

Sheikh Hasina said her government has adopted zero tolerance policy against terrorism, militancy and drugs and has been taking proper action against these social menaces.

“Like that we’re declaring zero tolerance policy against the rape and the rapists. We’re taking stringent measures against the heinous crime and it’ll continue … we’re very much aware of it,” she said.

In this connection, the prime minister called upon the people to help arrest the culprits who are committing such crimes.

“I would like to urge the countrymen to extend cooperation to arrest those who’re committing such crimes,” she said.

The Leader of the House said those who are committing such a heinous crime cannot understand that they have also mother, sisters and daughters. “How human beings can possess so nefarious character?” she questioned.

In her over half an hour speech, Sheikh Hasina also touched on different issues like deadly coronavirus, keeping prices of essentials in the upcoming Ramadan, economy, mosquito menace as well as the country’s development in various sectors.