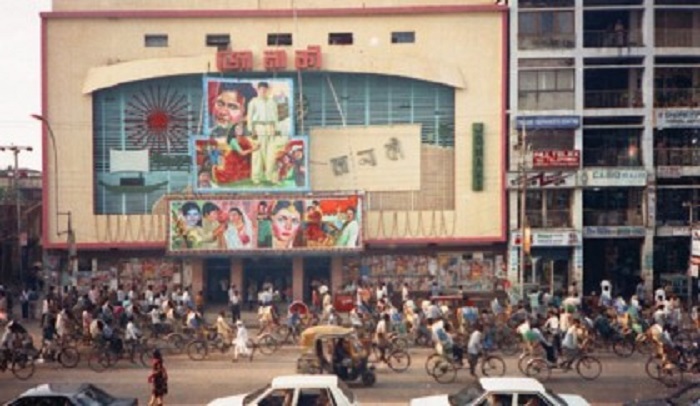 Information Minister Dr Hasan Mahmud today called for combined efforts to protect the country’s cinema halls, saying that the film industry and the artistes will survive, if the cinema halls survive.

“The government’s aim is to bring back the golden era of country’s film industry and capture the global cinema market,” he said at a meeting with the different stakeholders related to film industry at the meeting room of his ministry at Secretariat here.

Hasan said, “The barren period of our film industry is over . . . A number of good and quality films have been produced in the recent years.”

Terming the film industry ‘one of the oldest media in Bangladesh’, Hasan said the industry started its journey at the initiative of Father of the Nation Bangabandhu Sheikh Mujibur Rahman in 1957.

Many cinema halls across the country were closed as the mass people had stopped going to cinema halls, he said, adding that all should work together to protect the cinema halls.

“The present government under the supervision of Prime Minister Sheikh Hasina has taken various initiatives to make the industry vibrant. I’ve already talked with the Finance Ministry and Bangladesh Bank authorities for easy and long-term loans for the cinema hall owners,” he added.

The minister said there are many reasons for the closure of cinema halls in the country. “We need to protect the film industry,” said Hasan, also Awami League joint general secretary.

He said the cinema halls are the main component required to protect the film industry.

He said the government has increased the amount of grant for making films to Taka 10 crore from 5 crore and a policy is now at the final stage for the grant. As per the proposed policy, the films, which will be made by taking the money of grant, would have to be released at cinema halls.

Besides, the amount of grant to each film producer has also been increased to 75 lakh, added the minister.

Hasan assured them that he will talk with different ministries including the Ministry of Power, Energy and Mineral Resources to resolve their (cinema hall owners) problems.

The minister hoped that the film industry will regain its old heritage and capture the global cinema market.