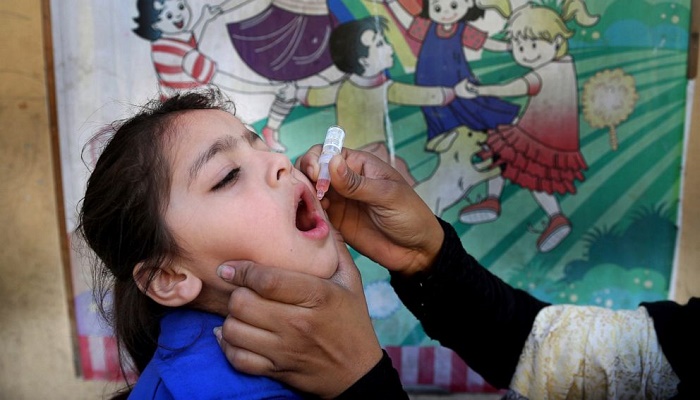 A police man was killed and three others were injured during an anti-polio vaccination campaign in northwestern Pakistan on Tuesday, reports AP.

The police were assigned to escort health workers during the campaign in the region.

No one immediately claimed responsibility for the bombing in Kolachi, a town in the Khyber Pakhtunkhwa province which borders Afghanistan.

Pakistan regularly carries out anti-polio drives, despite attacks and threats by the Taliban who claim the campaign is a Western conspiracy to sterilize children.

Attacks on anti-polio campaigns increased in the years following revelations that a fake hepatitis vaccination campaign was used as a ruse by the CIA in the hunt for al-Qaida leader Osama bin Laden, who was killed by US commandos in 2011 in Pakistan.

The latest attack came after Pakistan on Monday launched a three-day nationwide vaccination campaign against the crippling disease.

Pakistan, Afghanistan and Nigeria are the only three countries in the world where polio is still endemic.