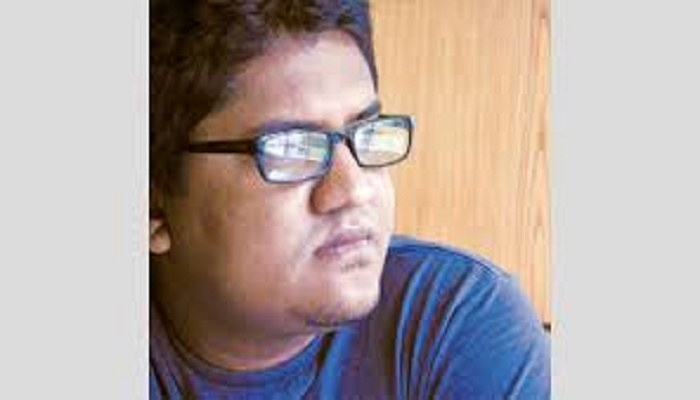 The day before yesterday, I got a letter from Huazhong University of Science and Technology (HUST), where I am a Ph.D. candidate. I can’t help but share the first part of the letter. “This early spring is not as warm as expected. The cold winds seemed to show that the winter had not yet left us. However, no winter is insurmountable, and spring will definitely come. We are still looking forward to meeting you on the beautiful campus of HUST!” It was an amazing letter, touchy also.

HUST is located in Wuhan, the capital city of Hubei Province, on the central banks of the Yangtze River. The university is composed of one main campus situated near the East Lake scenic spot and a satellite medical campus located in the central business district of Hankou on the other side of the Yangtze River. But alas, Wuhan is fighting with coronavirus. The new disease caused by the coronavirus outbreak that began in Wuhan, China, in December 2019 now has an official name: Covid-19. Coronavirus (COVID-19) is a new respiratory illness. It has not previously been seen in humans. The death toll is rising every day.

Wuhan, a city of 11 million people in Hubei province has been on lockdown since 23 January. Flights, trains and buses leaving and entering Wuhan have been cancelled, highways in and out of the city blocked and public transportation suspended. The city later even banned some private vehicles to limit as much movement as possible.With the outbreak refusing to die down thousands of Wuhan residents are stuck at home. In an effort to raise each other’s morale, some residents cried out “stay strong” from the windows of their apartments.Videos showing people shouting “Wuhan, Jiayou” out of their windows-roughly translated to “Stay strong, Wuhan” or "Keep on going, Wuhan” have surfaced online.

The literal translation of “Jiayou” means “to add fuel”, which could mean you should refuel to keep going. Or, it could be translated as “to add oil”, as in adding oil to a flame to keep it burning or to strengthen it. The word “Jiayou” is largely used in sporting as a cheer or a form of encouragement.As the city of Wuhan faces the life and death challenge of the coronavirus, “Jiayou” works as a phrase that resonates with residents of a city struggling to survive. “Wuhan Jiayou” is now the motto of Wuhan to keep spirits high in the face of this spreading pandemic.

China has tightened restrictions on movement in Hubei province as it continues to battle the coronavirus. People have been told to stay at home unless there is an emergency, and the use of private cars has been banned indefinitely. Although people have been ordered to stay at home, they will be allowed to leave in an emergency. In addition, a single person from each household will be allowed to leave the building every three days to buy food and essential items.On housing estates, one entrance will be kept open. It will be guarded to ensure that only residents can enter or leave.All other businesses will stay closed, except chemists, hotels, food shops and medical services.

Two temporary hospitals are open after being built at top speed in Wuhan, the central Chinese city at the epicentre of the global coronavirus outbreak. Designed to deal with the massive number of patients who have developed severe symptoms caused by the novel coronavirus, Huoshenshan and Leishenshan hospitals are providing 2,600 additional beds since they went into operation in February 2020. Health officials are also making use of convention and exhibition centres as well as stadiums which have been converted into temporary medical shelters to treat patients with less severe symptoms.

Bangladesh and China share close people-to-people bond, similar national realities, and complementary development goals. The two countries share a strong strategic relationship, with China playing a vital role mainly in terms of economic and infrastructure development of Bangladesh. Sheikh Hasina and Xi Jinping are having frequent meetings in Dhaka and Beijing to strengthen their bilateral relationship.

Prime Minister Sheikh Hasina expressed deep condolences for the loss of lives due to the outbreak of ‘coronavirus’ in Wuhan city and other places in China and offered the readiness of Bangladesh to extend any help to mitigate the plight of the victims.The Prime Minister expressed her profound condolence to Chinese President Xi Jinping in a letter. In the letter, the premier said: “It is my firm conviction that the government of China, under your great leadership, will be able to face and stop the aggravation of the situation with utmost capacity and control.” She added, “Establishing a taskforce and building emergency hospitals to address the crisis is timely and praiseworthy.”

Sheikh Hasina said the government of the People’s Republic of Bangladesh is ready to extend any help to mitigate the plight of the victims.The premier expressed sympathy for the families of the victims. She extended thanks to the Chinese leadership for taking well care of a good number of Bangladeshi citizens living in China at this tragic moment of Coronavirus outbreak. Sheikh Hasina appreciated that China has become a global model of development due to the dynamic leadership of President Xi.

Wuhan city, nicknamed as ‘Han City’, ‘River Side City’ or ‘Oriental Chicago’, is one of China’s mega-cities and national centers. It’s the capital of the Hubei province and is the largest city in central China. Wuhan has survived war, invasion and revolution-it will get through the coronavirus outbreak. The central Chinese city has become infamous, but its historical importance should not be overlooked. Its location at the confluence of the Yangtze and Han Rivers has long lent it economic and strategic prominence. Though there are different ways to show our solidarity, however we can share their inspirational words, “Wuhan, Jiayou”!